NASHVILLE, Tennessee – Many will remember Julie Roberts from her breakout anthem in 2004, “Break Down Here.” The megahit has had more than 16 million views on YouTube alone. This same gifted singer (before streaming) was riding a wave of success with 2 million-plus albums sold.

Roberts is back with a new album, Ain’t in No Hurry, that will have traditional country fans celebrating in the streets.

I was privileged to interview the country crooner a few days after she had her “comeback” performance at the Opry. 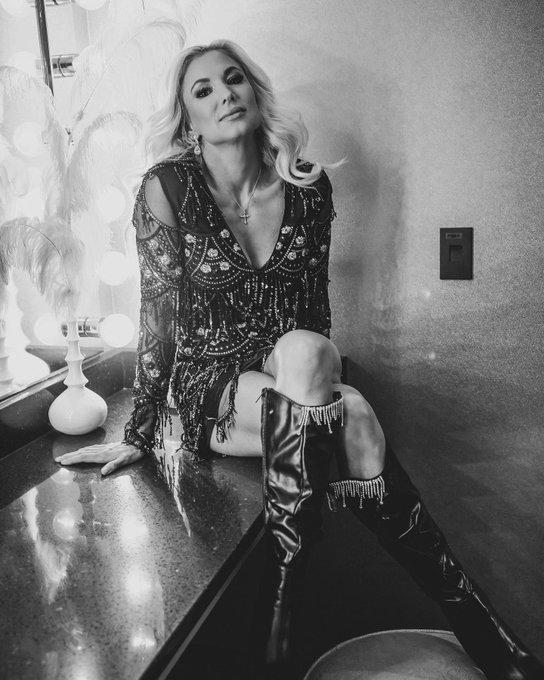 Years before her first single, “Break Down Here,” turned her into a country headliner, Roberts was a young girl with a dream in rural South Carolina, raised on the sounds of traditional country music, blues, and old-school soul.

“The radio was our escape,” she remembered. “Whenever my parents had a fight and Dad had been drinking, my mom and I would get into her car and turn it up as loud as it would go. Every guitar lick, every melody, and every bit of hurt in someone’s voice became ingrained in my head. Those songs are still with me now.”

Besides “Break Down Here,” Roberts had success with other songs such as “Men and Mascara” and “Wake Up Older” in the mid-2000s. Her debut album was released in 2004, and by the decade’s end, Roberts had sold more than one million copies of her first two records alone.

During that same time, the country music singer was diagnosed with MS but was “in denial.” She moved to L.A. to make a movie about her life, but the movie got put on hold.

Of course, it didn’t help that she lost her record deal the same week as the 2010 Nashville flood, whose torrential waters destroyed her home, too. Her mom, sisters, and dogs all had to be rescued by boat. Then she had another MS relapse.

She decided to get serious about treatment for her MS and confessed to fans and the music industry exactly what was going on. That honesty led to losing her record deal because they weren’t sure she could continue to play shows.

During the in-between, she put out two more records independently, including a Christmas album, Who Needs Mistletoe? in 2011 and Good Wine and Bad Decisions in 2013.

A year or so later she got an email from Shooter Jennings, son of “Outlaw” country legend Waylon Jennings, whom she had met years ago at a festival, and he said, “I don’t think you’ve made your career record and I want to help you make it. Can you come to L.A.?”

She told him, “I just spent my State Farm check from my car that floated away on an independent record that I’ve already put out. I can’t pay for another record.”

He replied, “Just come out.”

Since she was already scheduled to speak to other MS survivors in the area, she scheduled time to meet with Shooter. That started a several-year period during which she went back and forth to L.A. to record the first nine tracks of the album with Jennings.

One of the most fascinating songs on the album is “Devil’s Pool,” which contains a chorus written by Waylon himself. Shooter found a piece of a song at their Arizona family home that Waylon had never finished or put on a record.

Shooter told her, “I don’t know what my dad was thinking, but would you write the verses and finish my dad’s song?”

All she had were the words Fool, fool, don’t be a fool/Don’t go swimming in the devil’s pool. She did what every authentic country music songwriter would do – made a story out of it. Shooter wrote and arranged the music in the genuine Waylon way and Roberts is proud to have it included on her album.

“It’s such a gift that he trusted me and played it for me that day in the studio. It’s truly one of my favorites on the record,” she related.

Another gem on the album is a song written by Jessi Colter, (Shooter’s mother), called “I Think You Know.” Shooter had a recording on his phone of his mom playing the song on the piano. There wasn’t even an actual demo.

She recalls, “I love Jessi and I loved the song, and it was one of the first ones we recorded. I am so glad she trusted me with it.” 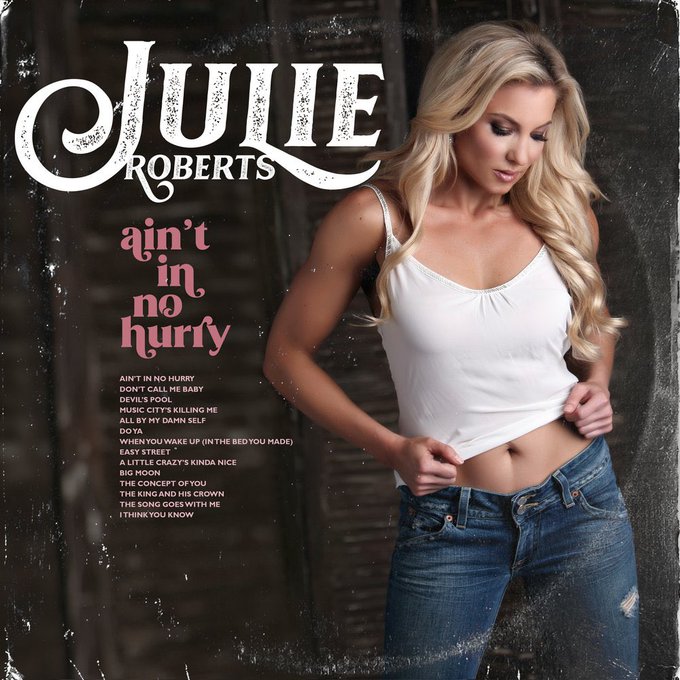 Shooter told her, “You’re here (in L.A.) because you felt like you didn’t know where you fit in Music City anymore, so let’s record that.“

Roberts felt like the song should be a duet but Shooter didn’t feel like he was the one for it, so they asked Jamey Johnson and he agreed.

“I loved singing that song with him,” she expressed.

Soon after they had finished their ninth song, the pandemic hit, and work on the record hit a pause. But looking back, Roberts saw it as God’s perfect timing.

Once the world got back to normal, she knew they needed a few more tracks, so she reached out to the uber-talented singer/songwriter and now-producer Erin Enderlin and asked her, “Can you help me finish this record?”

Enderlin shared some of her songs that had never been recorded. Among them was the tune that became the title track, “Ain’t in No Hurry.”

She admits, “Even though it might have seemed like I wasn’t in a hurry, to me the album is out at the perfect time. It was God’s timing. In the pauses between Shooter and Erin, I was able to have my son. It took three IVF cycles to have him, which took two and a half years, and now I have him and he gets to enjoy this music. He got to see me play at the Opry and that was I dream I had. Had the record been released at any other time, we would have missed this.”

Besides “Ain’t in No Hurry,” Roberts found four more songs she wanted to record with Erin Enderlin, including my favorite “(When You Wake Up) In the Bed You Made” which is country music crooning at its finest.

Roberts confessed, “Watching her see her song come to fruition in the studio brought me so much joy that she loved it.”

Another duet she has is “A Little Crazy’s Kinda Nice,” done with Randy Houser, who has one of the best male voices in country music. This is a song that she had in her back pocket for years, and when she started working with Erin Enderlin, Roberts knew that she was the perfect person to produce the song.

Things have changed so much in the music industry since Roberts’ initial hit, “Break Down Here.” She has been assisted by Enderlin and others as she has learned about “this new way to release music.”

And while Ain’t in No Hurry may not be the kind of country music they are playing on country radio, it is the kind of music that she loves to sing and that I love to listen to.

She reports, “It connects to me and when I play it live, it connects to others. I’m just happy that it’s out. It’s fun. I’ve worked hard and I am proud of it.”

She continued, “Had it not been for Shooter Jennings reaching out, I don’t know if this record would be here. I’m very grateful for his belief in me.”

And what a collection of songs it is. Roberts’ music is made for those who have lived and loved fiercely … her smoky vocal has grit and growl, and her music appeals to those who do it all – real women who are burning the candle at both ends.

“Every part of talking about this record and playing the new stuff is what I’ve been excited to get out to everyone for so long. It’s just great. And now is the perfect time for it.”

You can order a physical copy of Ain’t in No Hurry here.

You can stream Ain’t in No Hurry here.