Americans in five separate states last week voted in favor of the pro-choice movement when it came to abortion-related state referendums.

According to Priests for Life National Director Frank Pavone, it was not “too surprising” that the pro-life movement did not do well with the statewide ballot referendums. 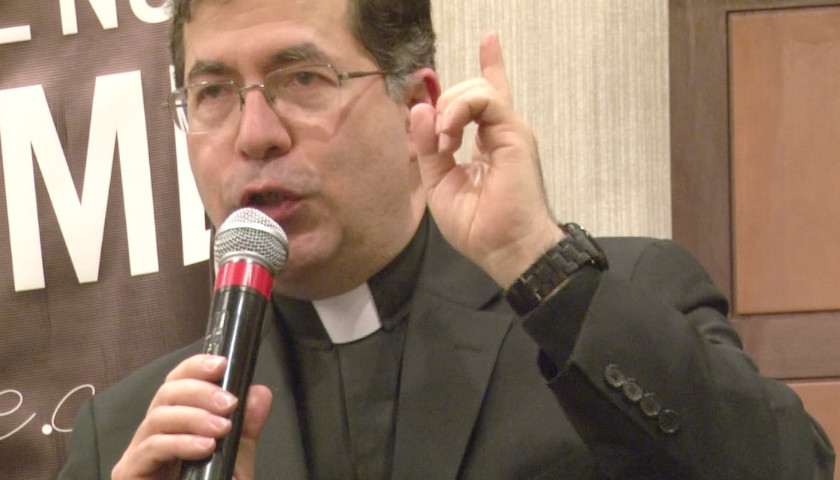 “[Pro-abortion groups] bring in money from clear across the country to have ads, which sadly, misrepresent what the issue is being voted on,” he said.

In Michigan, for its Proposal 3, 56 percent of residents voted to add a “reproductive freedom” clause to the state’s constitution.

Reproductive freedom is stated as “the right to make and effectuate decisions about all matters relating to pregnancy, including but not limited to prenatal care, childbirth, postpartum care, contraception, sterilization, abortion care, miscarriage management, and infertility care.”

A committee supporting the constitutional amendment, Reproductive Freedom for All, received $43.7 million in total contributions and spent $36.1 million in total expenditures, according to Ballotpedia.

Almost 66 percent of the voters in California approved this proposition to be added to its state’s constitution.

The pro-choice side in California had more money than the pro-life side.

One committee was formed in favor of rejecting the proposal: Stop Prop 1 – A Committee in Opposition to Proposition 1. For total contributions, the committee took in $292,833, Ballotpedia reports. The committee spent $128,792 in total expenditures, according to Ballotpedia.

In Vermont, its residents had a chance to vote on Proposal 5, which created an amendment in the state constitution for “personal reproductive autonomy.”

Almost 77 percent of people in Vermont voted in favor of this proposal.

Ballotpedia shows that one committee, Vermont for Reproductive Liberty, was created by pro-choice supporters. For total contributions, the committee received $569,047. The total amount of money spent by the committee was $577,703.

On the opposing side of this referendum, pro-life supporters created a committee called Vermont Right to Life, according to Ballotpedia. This committee took in $19,013 for total contributions and spent in total expenditures $9,918.

Vermont for Reproductive Liberty received more total contributions than Vermont Right to Life by $550,034. In addition, the pro-choice committee spent $567,785 more in total expenditures than the pro-life committee.

In Kentucky, residents voted on whether to add this clause to its state constitution:

“Section 26A. To protect human life, nothing in this Constitution shall be construed to secure or protect a right to abortion or require the funding of abortion.”

A little over 52 percent of people voted against Kentucky Constitutional Amendment 2.

Two committees were created in Kentucky, Yes for Life and Vote Yes for Life, to try to get this amendment passed. These two committees received $1 million in total contributions, Ballotpedia notes. The pro-life committees spent $564,298 in total expenditures on the referendum.

Five committees were created in Kentucky to oppose this constitutional amendment proposal: Protect Kentucky Access, Reproductive Access for All, Kentuckians for Freedom, Students Voting No on Amendment 2, and Step Up Speak Out Frankfort Committee.

These five committees raised $5.5 million in total contributions, according to Ballotpedia. For total expenditures, these committees spent $4.6 million.

In Montana, people had the opportunity to determine a referendum that would have given additional legal protections to babies who survive abortions.

Two committees were formed in Montana to defeat this referendum: Compassion for Montana Families: No on LR-131 and Montanans Against LR-131.

No committees were created to help support LR-131, Ballotpedia notes.

In total, pro-choice supporters created 12 committees in those five states to advance their cause. In comparison, pro-life supporters only started seven committees.

Pavone said that the pro-life movement is used to being outspent.

“The other side simply has more money. They’ve got these billionaire abortion supporters,” he told The Star News Network.

However, the pro-life movement overcomes the money deficit with an advantage in people and enthusiasm, according to Pavone.

Despite losing in the election referendums, Pavone said the legislation process is going the “right way.”

“The legislative process is very encouraging. That really gets more to the picture of what people are really thinking,” he said.

Since the Supreme Court’s Dobbs decision, a total of 17 states have “moved to ban or restrict abortion,” according to Axios.

The priest reminded people who live in states where they have added abortion amendments to their constitutions that these additions are not permanent.

“Not only because just as it was put there, it can be taken out, but also because federal legislation has been introduced limiting abortion. And if a national limit on abortion is passed and signed by an eventual pro-life president, that overrides and supersedes a state constitutional provision,” Pavone said. “So abortion will not be legal throughout pregnancy in California, in Michigan, in Vermont, if there’s a federal limit placed on it.”

“That’s where I say to the people in those, be communicating with your U.S. representative and senators to encourage them to pass that national limit,” he added.

Going forward, Pavone said that national pro-life leaders are building up awareness and a commitment that every time an abortion-related state initiative comes up, it becomes a national issue for the pro-life side, too, from a financial perspective.

“Now it is a national issue in the sense that people across the movement are aware of it. But it, that needs to be backed up also financially,” the pro-life leader said. “The other side takes their, their megadollars and they share them, and they send them around, and they’ll pump money into this or that effort even though it’s a state effort.”

Furthermore, he said the pro-life movement would work on legislative issues and messaging.

“Legislative work needs to be pressed even further, but for the legislative work, the people have to understand. And so the educational efforts have to be amped up, and the messaging has to be constantly improved,” Pavone said.