RICHMOND, Virginia – The Virginia Board of Education voted unanimously to delay advancing a November draft of the History and Social Science Standards of Learning until January, and instructed Superintendent of Public Education Jillian Balow to change the draft to include content from an August draft presented to the BOE. Additionally, the board requested that Balow provide a document comparing the August and November drafts with the draft that will be presented in January.

The vote came during Thursday’s 11-hour meeting featuring hours of public comment followed by hours of board debate over the standards.

Updating the standards began under the previous Democratic administration, and in August Balow asked the board to delay advancing the standards for public review, citing technical errors including the omission of wording calling George Washington “The Father of Our Country.” At the same time, the board agreed to separate the standards document from the more in-depth curriculum frameworks. In subsequent meetings, Balow asked for more delay to present an updated draft that included input from voices that weren’t included in the August draft, eventually submitting the November draft of just the standards late last week. 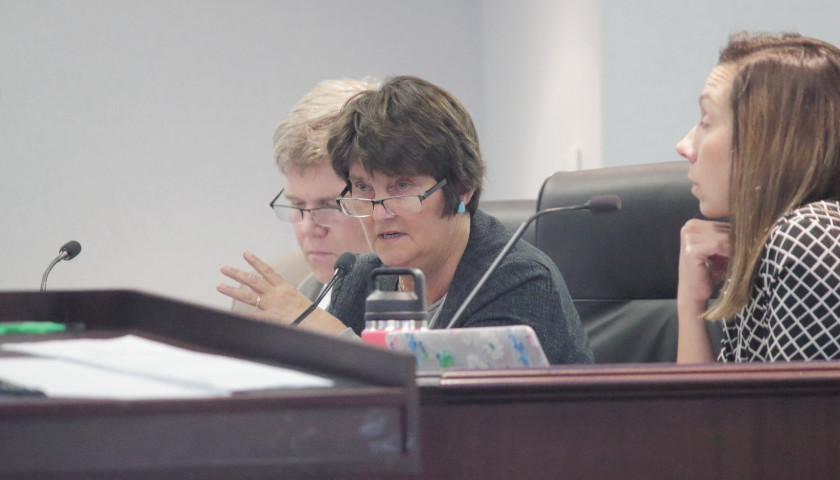 Organizations and advocates said the document was missing or downplaying various topics. Some worried that the document didn’t reflect recommendations from the African American History Education Commission (AAHEC). Others noted that the draft published Friday didn’t include a reference to Martin Luther King, Jr. before material for sixth grade. An updated draft includes a reference to Martin Luther King Jr. Day in kindergarten. At the VBOE’s Thursday board meeting, several members of the Virginia Tribal Education Consortium criticized language repeatedly calling indigenous peoples “America’s first ‘immigrants.'”

Balow apologized for the phrase.

“The indigenous peoples of Virginia were here long before any other settlers or any other immigrants were here and it was wrong to label them as immigrants in the standards document, and we will make sure that that is corrected. And I apologize for not just that omission, but that error,” she told reporters.

Balow said that content that seemed to be missing, including the work of the AAHEC, will be included in the separate curriculum frameworks.

But the outpouring of public comment demonstrated public confusion about the process, and some Democratic legislators expressed doubts about the reasons for missing content. Board member Anne Holton, who is skeptical of some of the conservative organizations that reviewed the standards, asked Balow to provide a list of those who had contributed to the latest draft.

Members were also concerned about advancing the standards draft without having the curriculum frameworks draft ready to confirm what is included in the documents.

The standards and frameworks must be complete in time for educators to prepare for the 2023-2024 school year. In previous meetings, Board President Daniel Gecker has been reluctant to agree to Balow’s request for delays advancing the drafts, but after day turned into night outside the 22nd floor of the James Monroe Building, Gecker backed the proposal to delay advancing the draft to public review yet again.

Gecker said he couldn’t back a choice for either the August draft or the November draft without understanding what the changes were between the two documents.

“What I know is, I had four hours of public comment and a thousand letters saying August is better than November, but I can’t know that without actually taking the time to do it,” he said.

Later he added, “I don’t see how we move forward to the public with the November document as a product of this board and say that we’ve maintained faith with the public.”

After the board approved the motion for Balow to provide a draft combining the two documents, Balow said, “This is difficult, but I think that these struggles equate to a great document at the end.”