A Phoenix mother whose attendance at her local school board meeting in a cat costume went viral says she used that opportunity to protest the confusing message a transgender board member was sending to elementary school children.

“This was a local school in my neighborhood where there was a member of the school board whose name is Paul Bixler,” said Lindsey Graham during an appearance Tuesday on Fox News’ Jesse Watters Primetime.

“He’s a man, he’s very clearly a man,” Graham continued. “The only thing he does to identify as a female is put lipstick on. He grew his hair out a little bit, and he wears his deceased wife’s clothing to school, to sporting events, to school events, to fundraisers, school events in front of the children.” 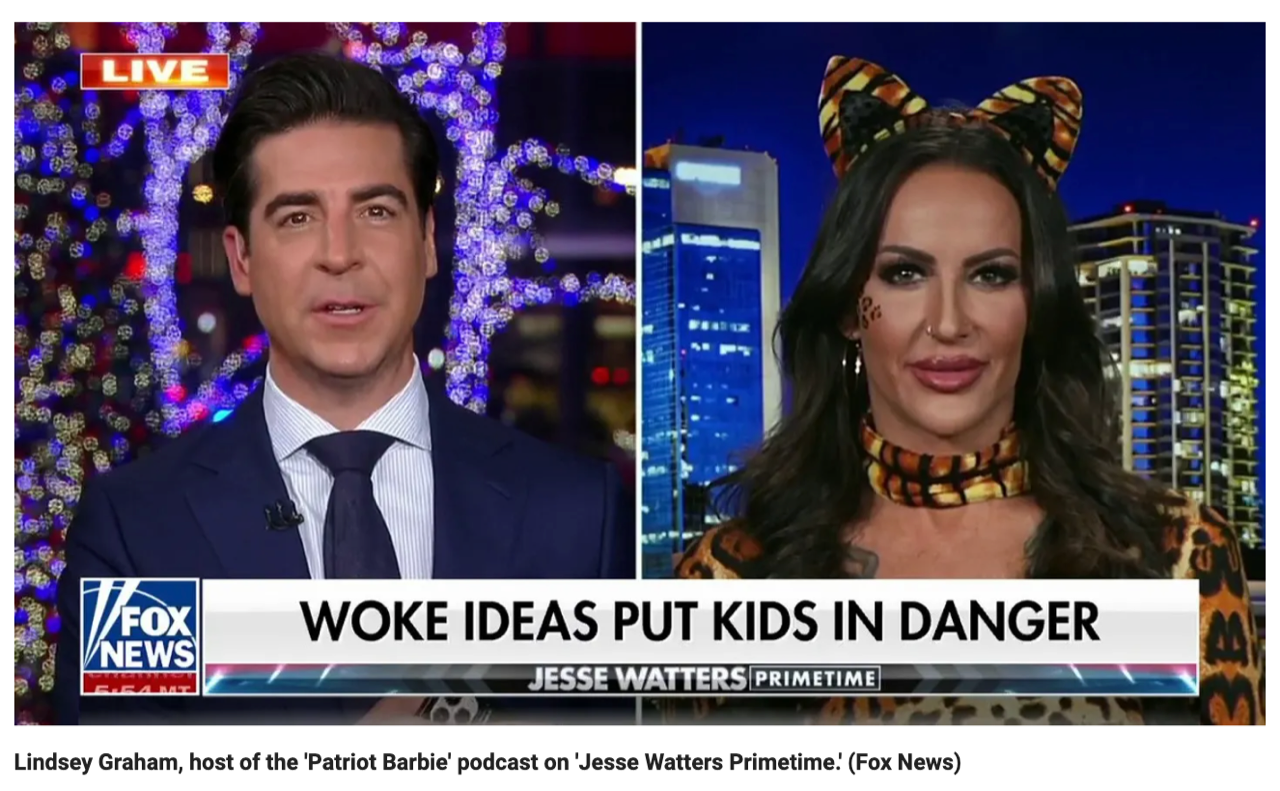 Believe it or not, he actually demands on being identified one of two ways, either Paul, which is a man’s name, or Ms. Bixler. It’s very clear he has a gender identity crisis. Not only does he appear in front of the children and insist that the children define him as a woman, but he sits on the board and he’s making decisions for these children.

During her exchange with parents and school board members of the Liberty Elementary School District last month, Graham asked if they would address her as a cat, because she was wearing a cat costume and was identifying as one.

I’m a cat. Meow, meow. I’m not a woman dressed as a cat. I am a cat. How many of you believe and confess that I’m a cat? How many of you believe that your child or a child from this school would believe that I’m actually a cat? No one. You’re right. Truth prevails over imagination. Reality exists. Discernment is innate and something that we’re wired to have. One look at me, and you know this to be true. I’m a woman posing as a cat.

“The point I was trying to make as a cat was that obviously you can’t just identify as whatever you want and demand that other people identify you as whatever you want,” Graham told Watters. “But someone with this kind of mental illness can enjoy that mental illness all they want in the comfort of their home. But when you put them in charge of children, we’re talking about a new type of indoctrination, and that’s what’s really terrifying, is seeing these people in charge of our kids’ education.” 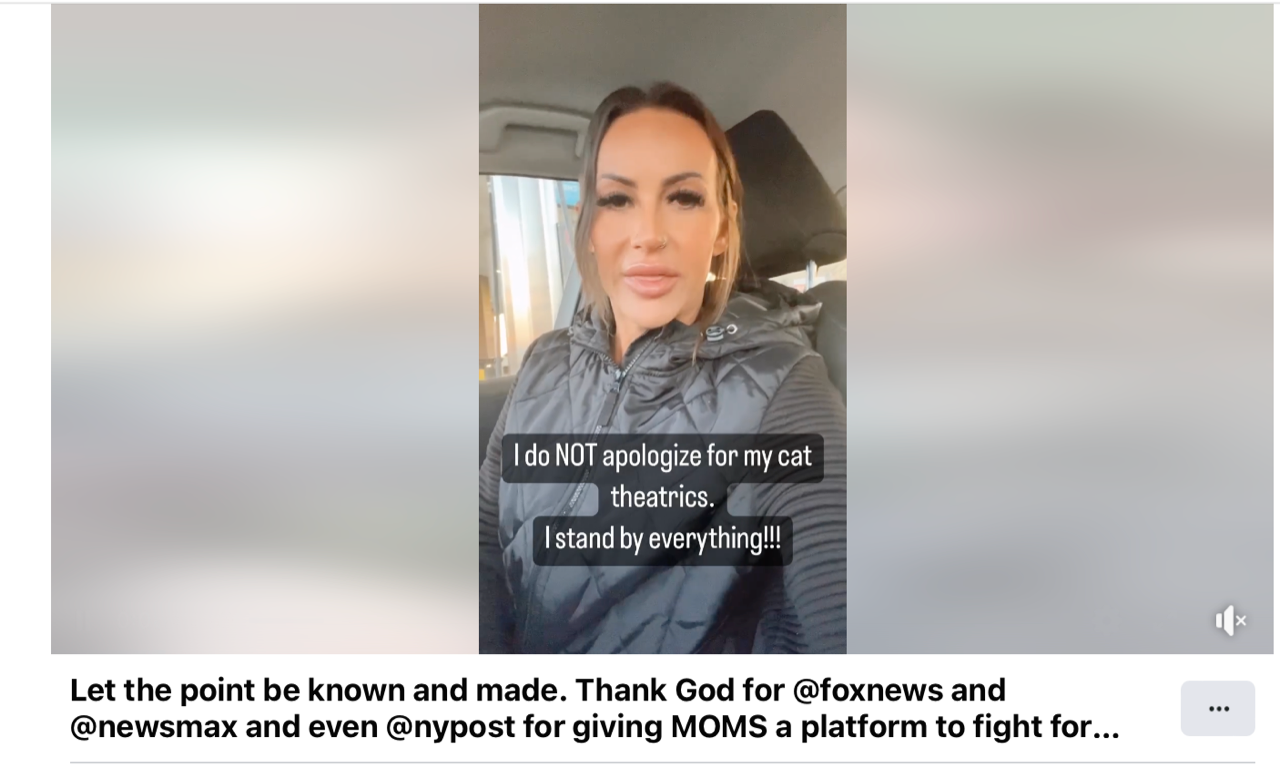 Members of the school board and teachers going along with Bixler’s “mental illness” on display at school, she said, are “identifying him as Ms. while he’s talking in just the deepest manly voice that he was born with.”

Graham also said it was “alarming” that some parents “take no responsibility for the education of these kids and to teach them true right and wrong and true biology and true facts and science and truths.”

The outspoken mom told Watters she had a surprising exchange with another school board member the day after her appearance at the board meeting in her cat costume:

He looked at me a little odd. I said, “I’m sure you don’t want to remember who I am.” He said, “the cat.” I thought he would proceed to chew me out. He said, “You know what, thank you so much for getting up there and saying what you said. Thank you for being bold enough to speak truth. I’ve been fighting this agenda, fighting this teacher and this school board member.

“There are people on our side,” Graham concluded. “All it takes is a few of us to stand up and speak truth and find the partners in crime, if you will. We really can unite together, and fight back and save our children.”

Graham made headlines as well in December 2020 when she refused to close down her well-known Oregon salon during the COVID pandemic.

Oregon Governor Kate Brown (D) fined her $14,000 for defying her lockdown order, and the state sent Child Protective Services to her home following her refusal to comply with it.

What is HAPPENING in Oregon?! Salon owner Lindsey Graham said the state even sent Child Protection Services to her house to intimidate her after reopening early! HOW?! pic.twitter.com/hDEeZAkNBE

Graham ultimately sued the governor for $100,000 in damages, a move that spearheaded the firestorm against unconstitutional government mandates.