PHOENIX, Arizona – To mark the end of Turning Point USA’s four-day-long AmericaFest 2022, Charlie Kirk and many other conservative commentators took the stage in downtown Phoenix to share final remarks with a crowd of cheering onlookers.

“Hey, AmericaFest is completed. Make a plan. Make a promise to yourself. Make a challenge to yourself. The easy thing in 2023 would be to complain and say this is kind of an off-year. The necessary thing is to say I’m going to do something in 2023 I did not do in 2022, and if you’re looking for that place to start, that’s why Turning Point exists,” Kirk said to end the conference.

Kirk said that despite some disappointments for the Republican party in 2022, the citizens of America should not be discouraged.

“I think we can look back and say, hey, we’ve been so blessed, and we still are blessed to live in the greatest country ever to exist in the history of the world, and our future is based solely on what we do,” said Kirk.

The penultimate speaker of the morning was Steve Bannon of the War Room delivered an electric charge into the audience through a fiery speech proclaiming now is the time to fight.

“You know why this is a historic week? Because of this conference and what it’s putting together. From this day forward, there’s no more talk. It’s just action, action, action,” said Bannon. 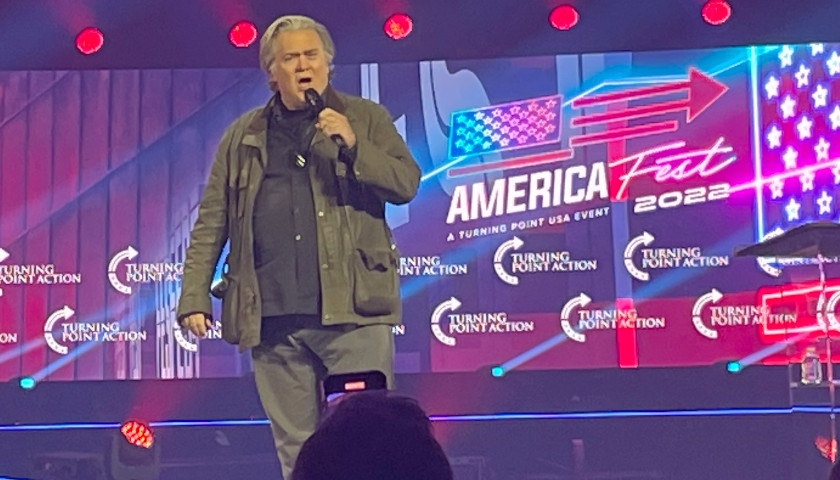 Bannon said the thing the establishment fears the most is when the citizens do not comply. “Are you subjects, or are you citizens,” he asked the crowd, which received a resounding “citizens” in response.

Like those involved in the Revolutionary War, Bannon said it takes a long fight with dedicated individuals to make change happen. He said 2023 is not the time to fizzle out but the time to remain convicted.

“Are you prepared to have future generations say in 2022 and 2023, there was a cadre of people that knew exactly what they had to do, and they flinched? No,” said Bannon. “We’re going to do it the old-fashioned way at the ballot box.”

For the audience members of the faith, Pastor Luke Barnett of the Dream City Church spoke about the importance of staying firm in one’s beliefs no matter the cultural climate.

Additionally, he said Christians should not become “secret agents” who keep their beliefs hidden to please others but rather live openly and lovingly in their convictions without apology. 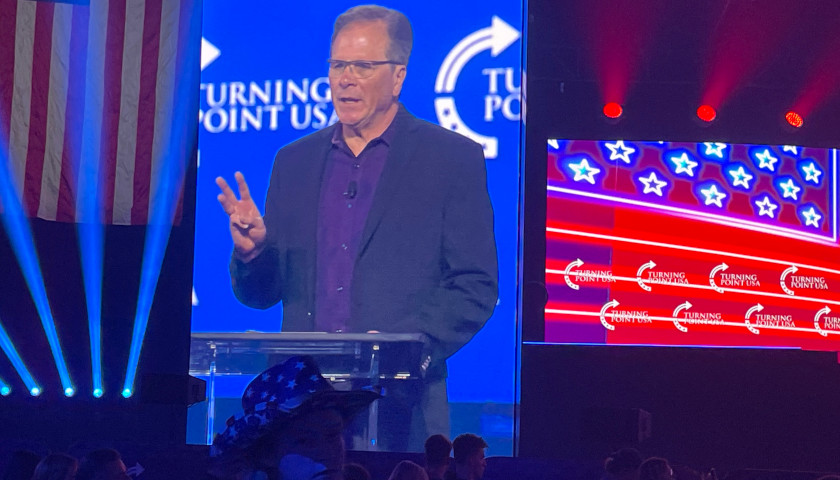 While speaking at a different time, a young man of 22 representing the New Federal State of China (NFSC) seemed to prove Dr. Turek’s point. He told the crowd he moved to America eight years ago and has since become a Christian, something he could have never accomplished under the Chinese Communist Party (CCP).

Neil Jones is a reporter for The Arizona Sun Times and The Star News Network. Follow Neil on Twitter. Email tips to [email protected].
Photos by Neil Jones.