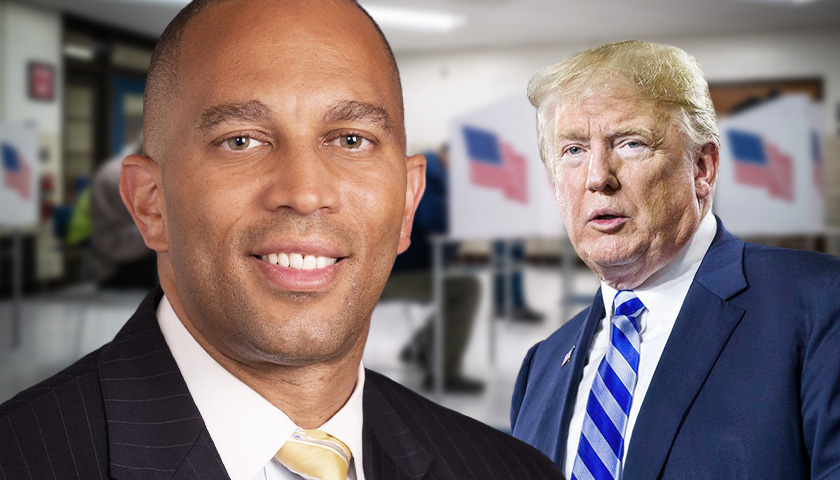 Rep. Hakeem Jeffries, the New York Democrat poised to succeed House Speaker Nancy Pelosi as his party’s leader in the House, has repeatedly denied the legitimacy of Donald Trump’s 2016 election.

But his claims of a stolen election and voter suppression have hardly gotten the same treatment as Trump and other Republicans who have raised ballot integrity issues and been endlessly branded as “election deniers.”