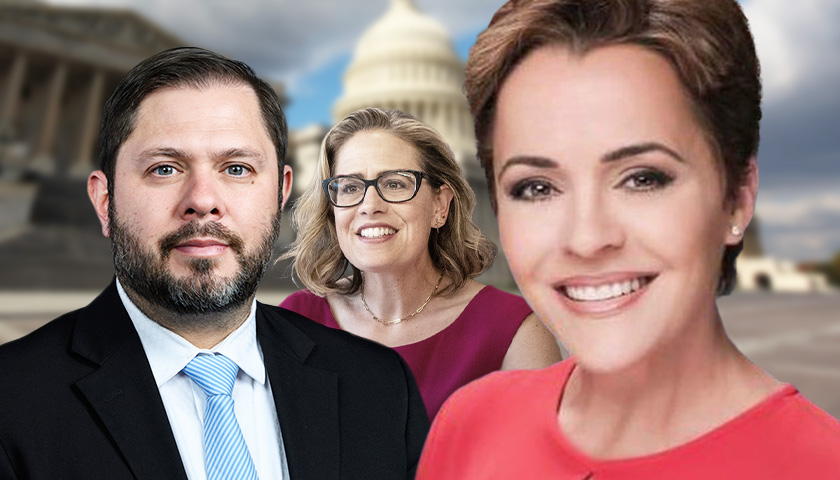 Following the official party switch from Arizona Senator Kyrsten Sinema (I), a recent Public Policy Polling (PPP) found that she appears to be sinking against other potential candidates for the 2024 senate race.

The poll found that between three hypothetical candidates, Kari Lake for Republicans, Rep. Ruben Gallego for Democrats, and Kyrsten Sinema as an independent, Sinema would find herself last.

“Fresh new Arizona numbers! In a three way race Kyrsten Sinema would get just 13% to 41% for Kari Lake and 40% for Ruben Gallego,” according to PPP.