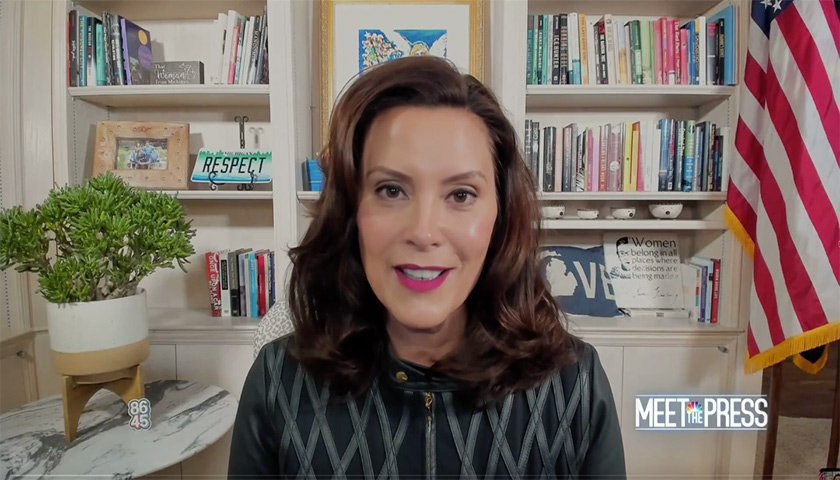 Whitmer appeared on MSNBC’s “Meet the Press” Sunday morning and viewers quickly noticed an “86 45” sign displayed on the table behind her. Forty-five is a reference to Trump, who is the 45th president of the United States.