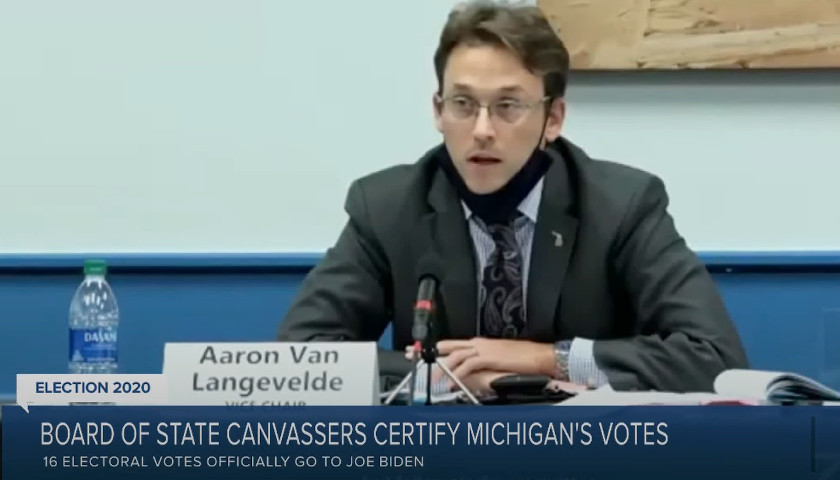 The Michigan Republican Party is seeking to remove Aaron Van Langevelde, the GOP member of the Board of State Canvassers who voted to certify President-elect Joe Biden’s victory in the state.

Van Langevelde cast the deciding vote to certify on Nov. 23, after many Republican operatives and Michigan state legislators pushed to delay. The other Republican member, Norm Shankle, abstained after initially saying that he would vote against certification.