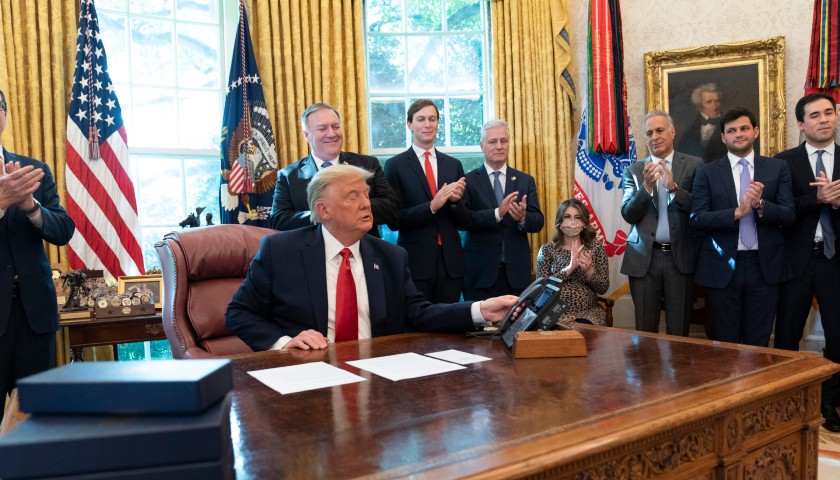 President Donald Trump announced Friday that Sudan will start to normalize ties with Israel, making it the third Arab state to do so as part of U.S.-brokered deals in the run-up to Election Day.

The announcement came after the North African nation agreed to put $335 million in an escrow account to be used to compensate American victims of terror attacks. The attacks include the 1998 bombings of the U.S. embassies in Kenya and Tanzania by the al-Qaida network while its leader, Osama bin Laden, was living in Sudan. In exchange, Trump notified Congress on Friday of his intent to remove Sudan from the U.S. list of state sponsors of terrorism.