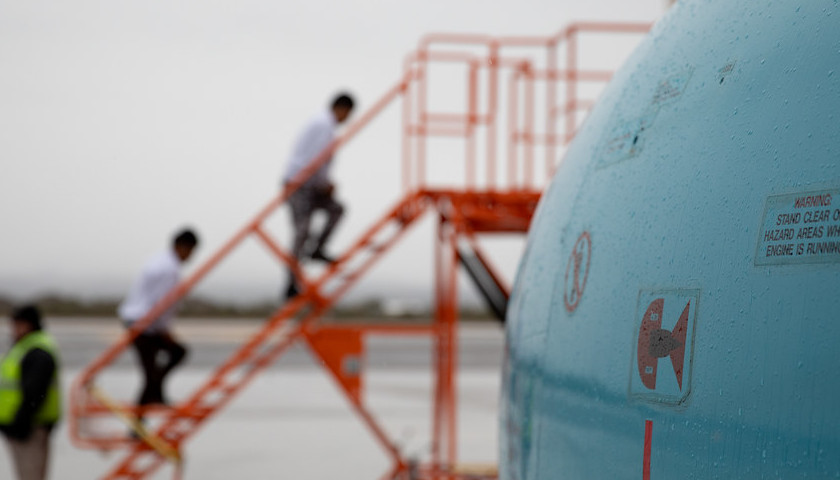 The Biden administration is reportedly flying migrants to Abilene, Texas, before releasing them to board other flights with destinations around the U.S., KTAB News reported Thursday.

Immigration and Customs Enforcement (ICE) has reportedly flown migrants to the Abilene Regional Airport in unmarked planes before loading them onto buses on at least two occasions this month, according to KTAB. Migrants were later recorded disembarking the same buses and boarding flights to several U.S. cities.