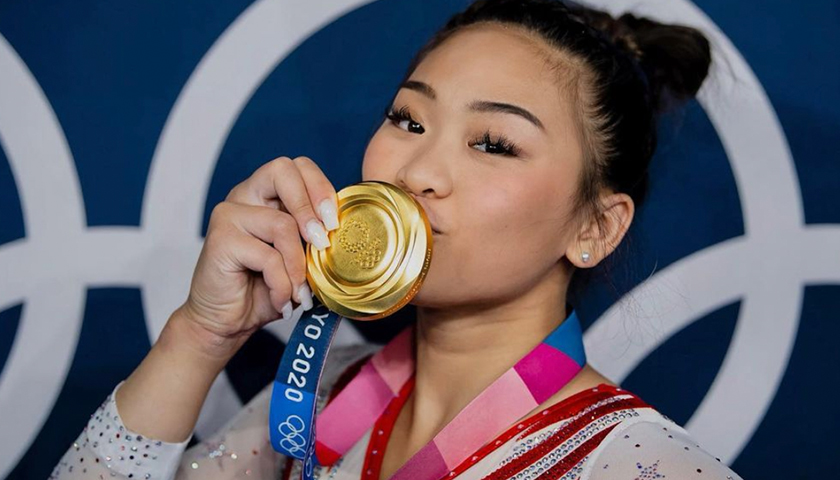 Lee received a total score of 57.433, beating out Brazilian Rebeca Andrade’s score of 57.298 and becoming the sixth American to win the women’s individual all-around at the Games, ESPN reported.

“The waiting game was something I hated so much, but when I saw my score came out on top, it was so emotional,” Lee said after winning, according to ESPN. “It doesn’t feel like real life.”