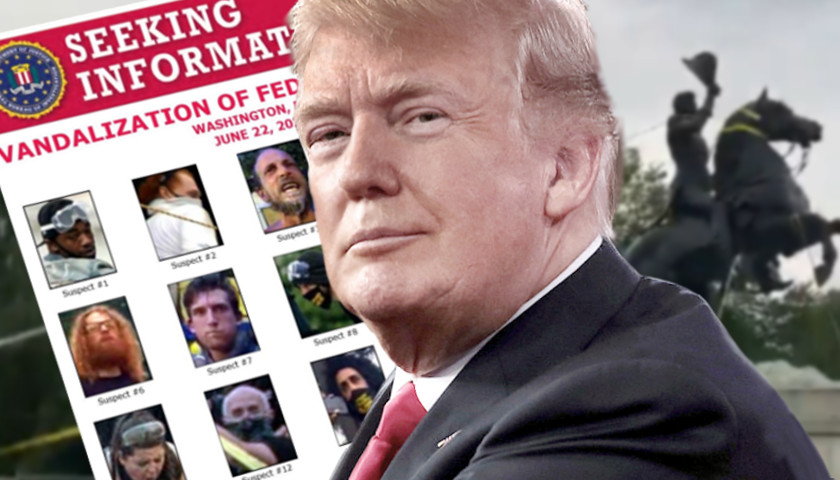 Four people have been charged following an attempt to dismantle a prominent statue of Andrew Jackson near the White House, the Department of Justice said Saturday.

All four of the men were purportedly caught on video allegedly either attempting to affix straps in order to bring down the monument or actively pulling the statue, according to the DOJ.