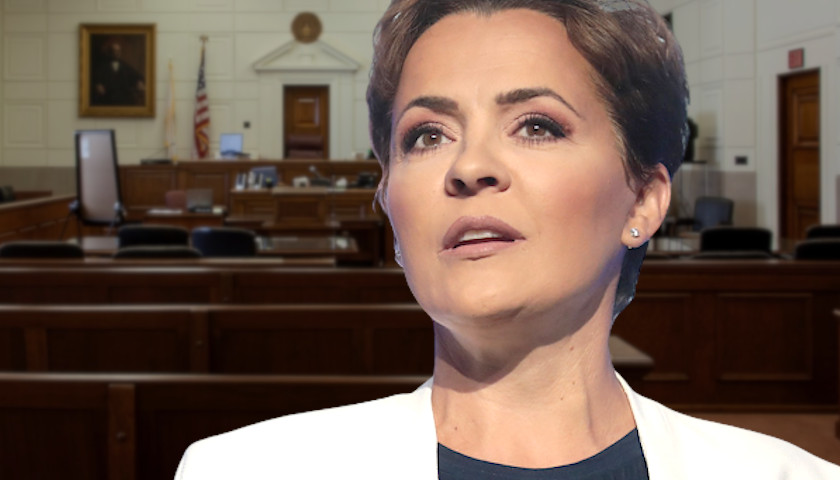 Kari Lake may not be elected to office yet, but she is following through already on her vows to protect election integrity. The leading Arizona gubernatorial candidate filed an amicus curiae brief with the Arizona Supreme Court in the case Arizona Republican Party v. Hobbs, which asks the court to compel Arizona Secretary of State Katie Hobbs, a Democrat, to include signature verification procedures in the election procedures manual and remove the language she added authorizing the setup of unmonitored ballot drop boxes. Additionally, it challenges “no-excuse” early ballots as violating the Arizona Constitution.

Lake said in a statement, “Voters have made it very clear that they are demanding nothing less than completely secure elections and we’re going to give it to them come hell or high water.” She said a forensic investigation earlier this year along with a canvass of absentee voters, which uncovered tens of thousands of irregularities with ballots cast in the 2020 general election, compelled her to enter the lawsuit.