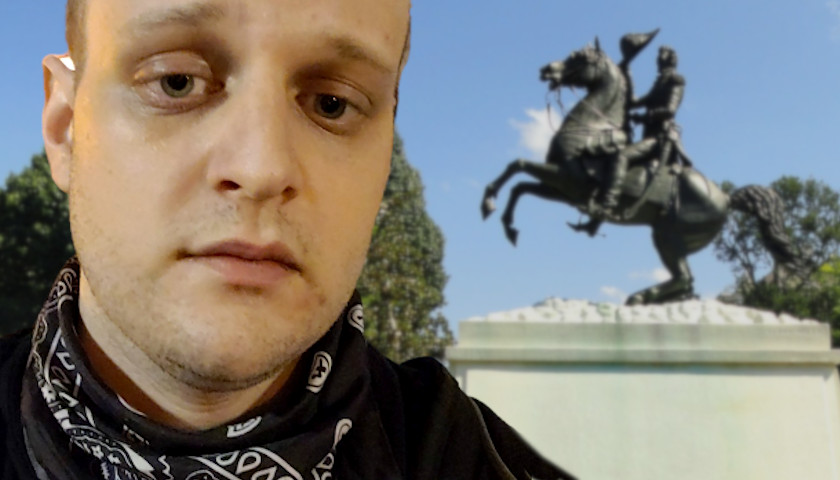 The alleged “ringleader” in a recent attempt to destroy the Andrew Jackson statue in Washington DC was arrested Thursday, and charged with destruction of federal property.

Jason Charter, a known antifa agitator, was arrested at his home by the FBI and U.S. Park Police as part of a joint task force, Fox News reported.