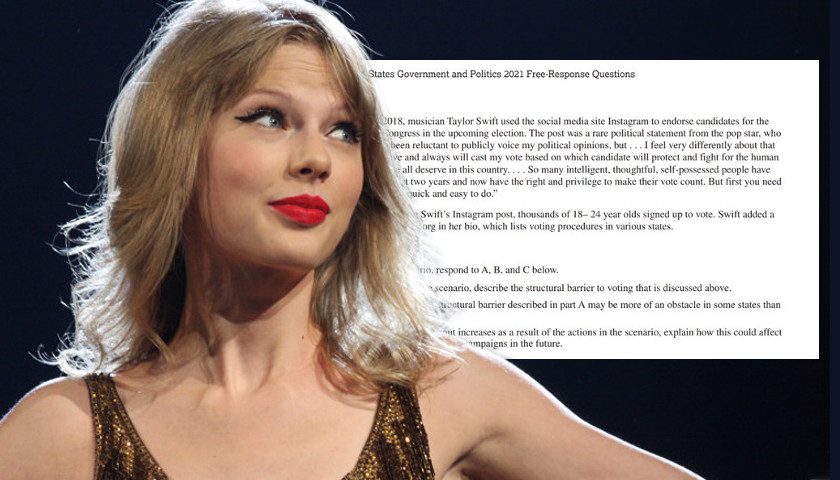 Last week’s AP U.S. Government and Politics Exam asked how a Taylor Swift Instagram post illustrated structural barriers to voting. It appeared on the May 3 version as a free response question.

The College Board explained to The Tennessee Star that Swift’s post was an example of a key concept for AP students: how knowledge of voter registration laws and procedures influence the nature and degree of voter turnout. Swift announced in a 2018 post that she would vote for both Democratic candidates in Tennessee’s midterm elections. Prior to that, Swift didn’t speak publicly about politics. The pop singer alluded to the Trump Administration as her main reason for deciding to share her political views.