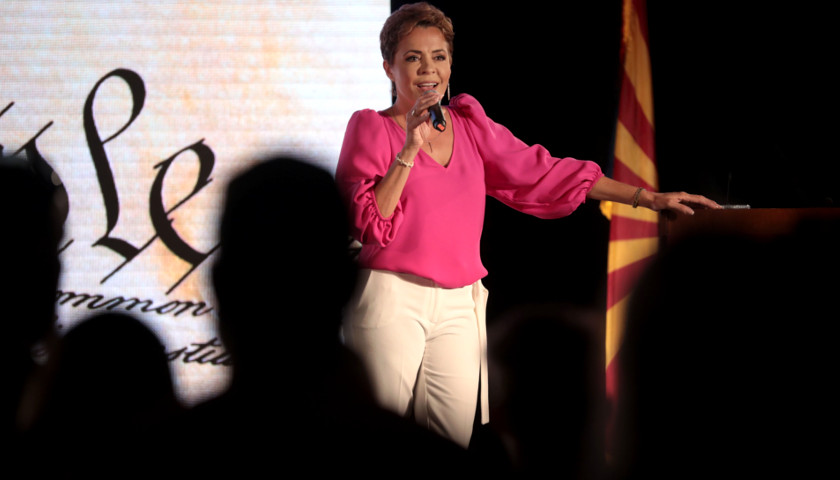 She hammered California, vowing to never let Arizona become a “California 2.0.” She said California “is the leftists’ dream.” “California was once heaven and now it’s hell.” She declared, “Keep that California crap away from me!” to roaring applause. Lake lamented how the Democrats’ “dead-end policies have brought blue states to their knees.” She warned that “the left wants to rip us to shreds.”