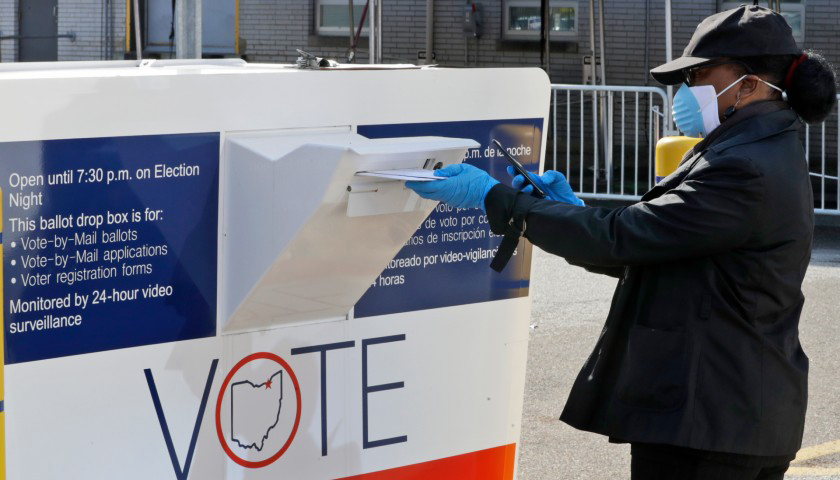 Ohio and Republican groups including the Trump campaign are fighting to uphold a GOP election chief’s directive limiting ballot drop boxes in the presidential battleground to one per county.

They told a state appellate court in filings Monday that a county judge overstepped his authority when he blocked it. The Ohio Republican Party said Franklin County Common Pleas Judge Richard Frye “relied on anecdotal evidence and ‘sound public policy,’” when the case “presents a pure question of law.”