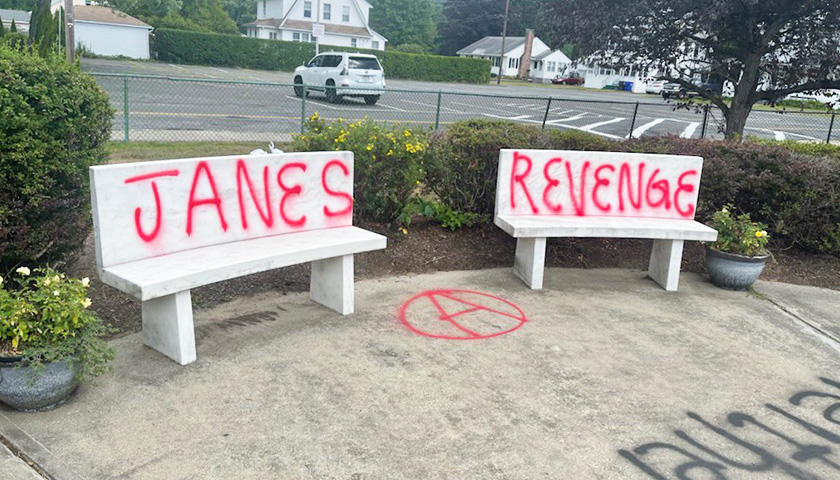 In the latest attack on a pro-life organization, pro-abortion extremists spray-painted threatening messages and anarchist symbols outside a pro-life pregnancy center in Massachusetts late Wednesday or early Thursday, according to police.  Since last May, when a draft ruling was leaked indicating that the U.S. Supreme Court was going to overturn Roe v. Wade,  there have been about 94 attacks on pro-life facilities and churches.

Bethlehem House Inc. Pregnancy Care Center in Easthampton, 99 miles west of Boston, was targeted by pro-abort vandals, who splattered red paint across the white exterior of the facility. One message sprayed painted in black on the ground outside the center read: “If abortions aren’t safe, neither are you!”