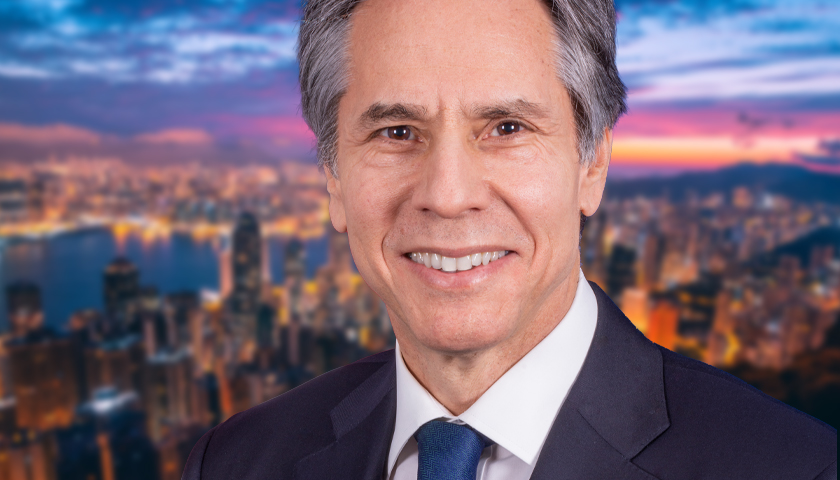 Secretary of State Antony Blinken took down a tweet he posted Thursday saying the U.S. would “stand with the people of Hong Kong,” the South China Morning Post reported.

“Beijing should let the voices of all Hong Kongers be heard. The PRC’s disqualification of district councillors only weakens Hong Kong’s long-term political and social stability,” Blinken said in the tweet, as shown in screenshots from the South China Morning Post.

“We stand with the people of Hong Kong & continue to support their human rights & fundamental freedoms,” he added. Blinken took down his tweet on Friday, later replacing it with a milder message, South China Morning Post reported.