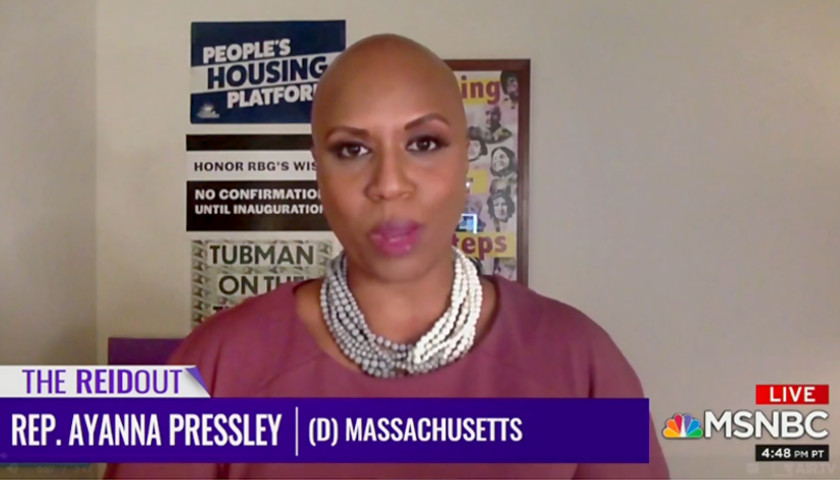 Pressley criticized “this GOP-led Senate” on MSNBC host Joy Reid’s “The ReidOut” for sticking with the Trump administration’s policies and criticized them for being distant from challenges Americans face due to COVID-19. Pressley criticized President Donald Trump and said he permitted the economic challenges.