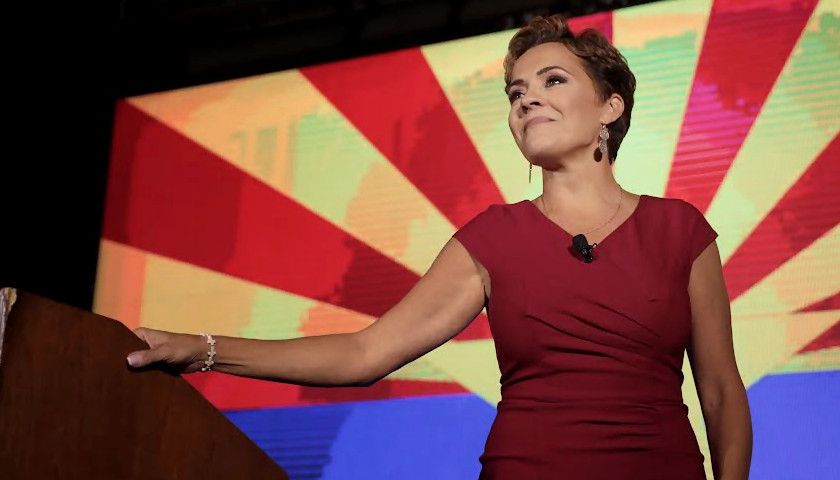 Speaking to a packed crowd in Scottsdale Saturday night for her birthday, Arizona Republican gubernatorial candidate Kari Lake declared, “We will elect Arizona’s first Trump governor!” Lake planned the huge birthday bash to include a live viewing of former President Trump’s speech at a campaign rally in Alabama. Afterwards, she gave a speech of her own to the well over a thousand who attended the Embassy Suites event.

Lake announced the results of a new poll taken by her campaign that showed her well ahead of the other Republican candidates. She came in at 37.4 percent, followed by Matt Salmon at 11.5 percent, Steve Gaynor with 2.7 percent, and Karrin Taylor Robson at 2.0 percent. She said one of her opponents also conducted a poll that showed her ahead in a “landslide.” She distinguished herself from the others, “I’m running against a bunch of swamp creatures.”