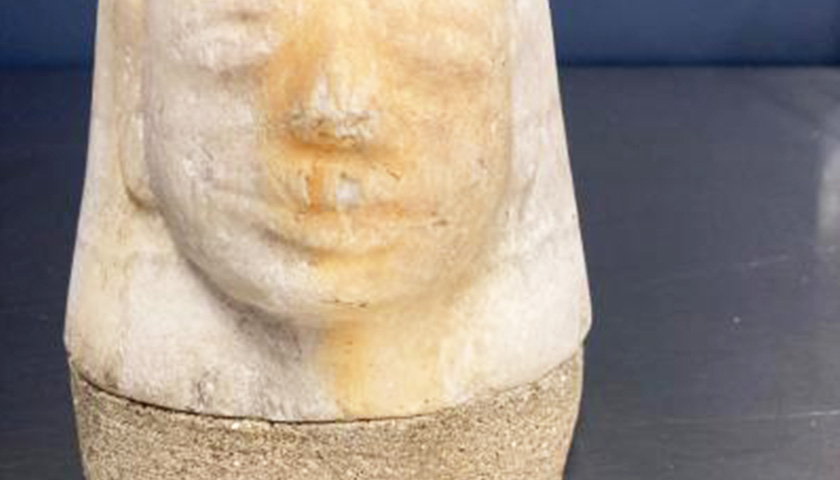 U.S. Customs and Border Protection officers at the port of Memphis, Tenn., seized an ancient Egyptian artifact that is at least 2,600 years old in a shipment from Europe meant for a private U.S. buyer.

The artifact was the stone lid of an Egyptian canopic jar, which was used to hold the internal organs of mummies. The jar featured the face of Imsety, a funeral deity that protected the deceased’s liver in the ancient Egyptian religion.