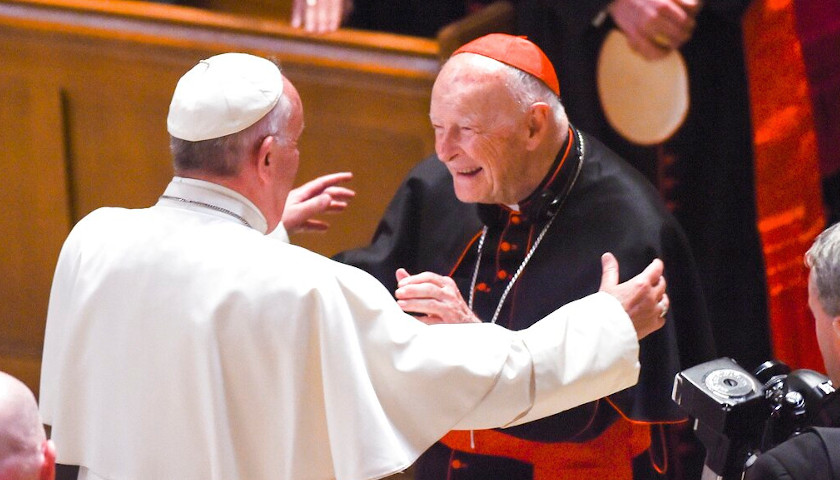 Pope Francis pledged Wednesday to rid the Catholic Church of sexual abuse and offered prayers to victims of former Cardinal Theodore McCarrick, a day after the Vatican released a detailed report into the decadeslong church cover-up of his sexual misconduct.

The Vatican report blamed a host of bishops, cardinals and popes for downplaying and dismissing mountains of evidence of McCarrick’s misconduct starting in the 1990s — but largely spared Francis. Instead, it laid the lion’s share of the blame on St. John Paul II, a former pope, for having appointed McCarrick archbishop of Washington in 2000, and making him a cardinal, despite having commissioned an inquiry that found he had slept with seminarians.