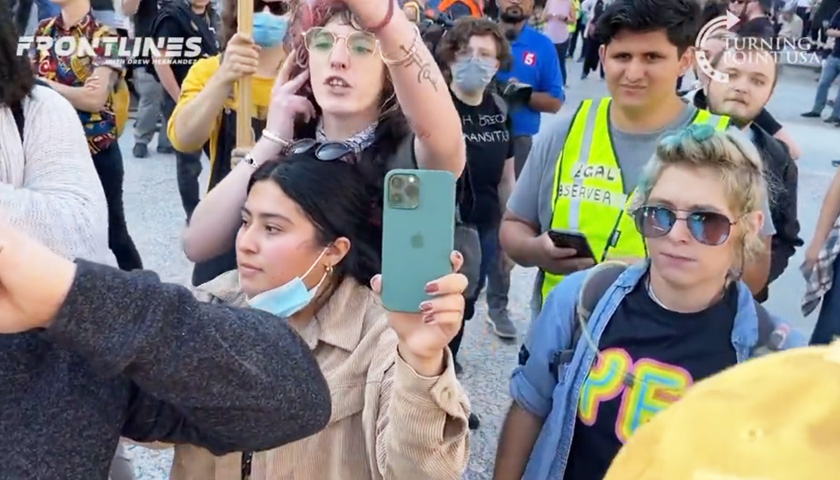 An anti-child mutilation protest of an estimated 1,000 people held on Friday afternoon in Nashville that featured a long list of Republican speakers and child rights activists also brought out a smaller group of far-left counter protesters.

“‘Gender-affirming care’ is neither affirming nor care,” says an invite to the rally. “In September, The Daily Wire’s Matt Walsh unveiled an alarming report on the use of irreversible—and harmful puberty blockers, cross sex hormones, and surgeries on healthy children at Vanderbilt University Medical Center in Nashville, TN. Children should be able to trust their doctors, but are instead at the mercy of a destructive ideology led by activists.”