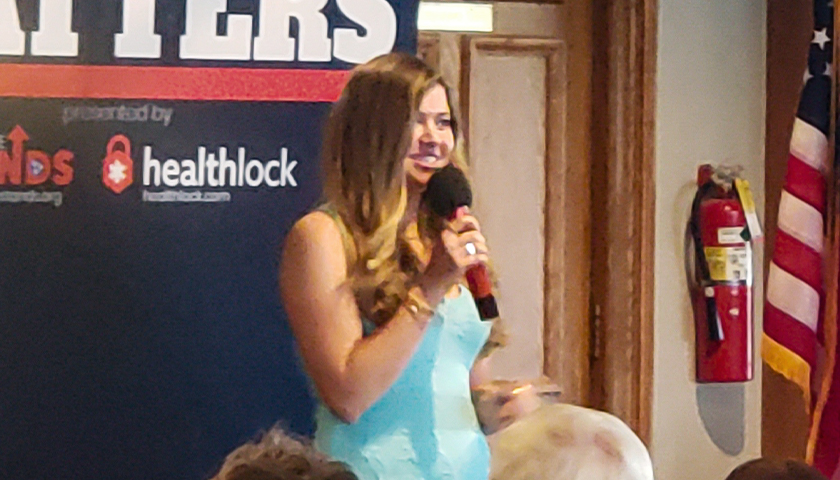 LOUDON, Tennessee – Natalie Winters, Senior Reporter at The National Pulse warned a group of at least 300 attendees at a Tellico Village Conservative Club meeting Wednesday of an “axis of evil” between the Chinese Communist Party (CCP) and American elites.

Winters, while her title may be senior reporter, is anything but.  Rather, she is a very articulate, engaging and credible 20-year old University of Chicago student originally from Santa Monica, California.  In addition to reporting for Raheem Kassam’s The National Pulse, Winters is also a contributor to Steve Bannon’s War Room.