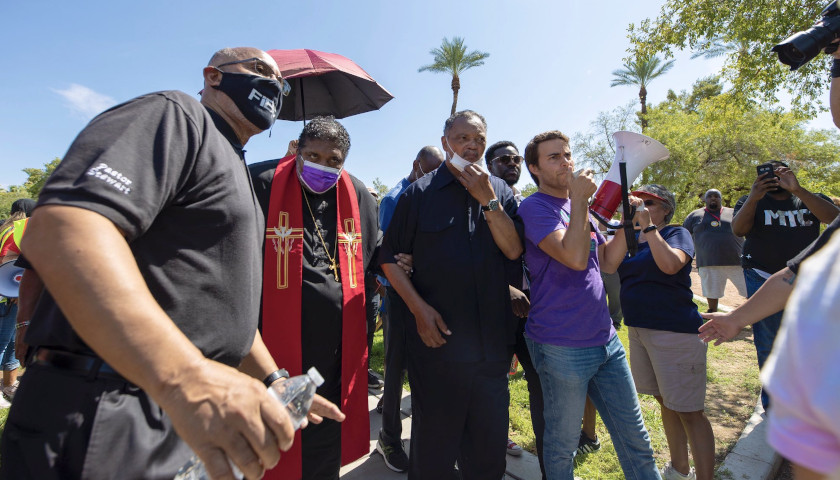 Reverend Jesse Jackson and 38 others were arrested during a protest of Senator Kyrsten Sinema’s (D-AZ) stance on the filibuster rule outside of her Phoenix office on Monday.

The arrested protestors were charged with trespassing, according to Phoenix Police Public Information Officer Mercedes Fortune. The protestors were voicing opposition to Sinema’s lack of support for the proposed filibuster reform. Without reform or abolition of the 60-vote filibuster rule, Senate Democrats can’t pass massive election reform in the For the People Act.