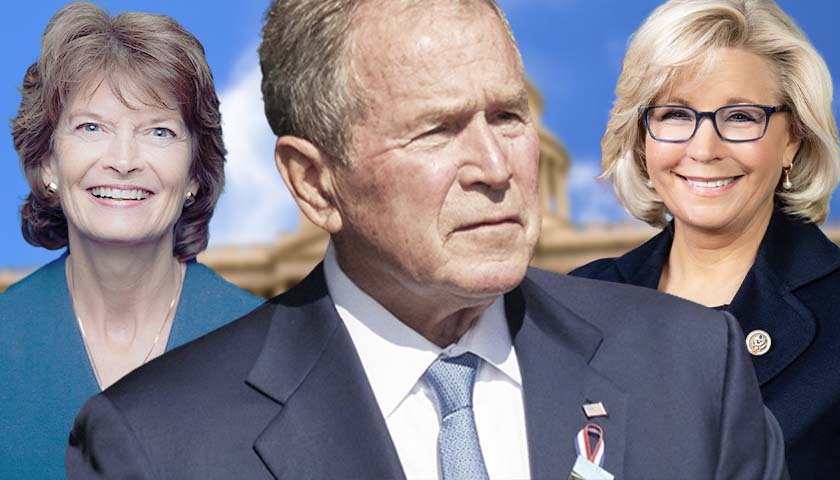 Politico reports that the only donations made by the 43rd president in the year 2021 were to the campaigns of Congresswoman Liz Cheney (R-Wyo.) and Senator Lisa Murkowski (R-Alaska). Bush gave the maximum possible amount of $5,800 to Cheney in October, while also giving $2,900 to Murkowski’s campaign. According to FEC filings, Bush had also previously donated to Cheney’s first campaign for the House of Representatives in 2016; Cheney is the daughter of Bush’s former Vice President Dick Cheney.

Both represent small portions of each candidates’ respective war chests, with Cheney finishing the year with $1.9 million and Murkowski raising $4.7 million; but the symbolism of the former president only donating to Republicans who voted to impeach President Trump speaks volumes about the ongoing divide between the previous generations of Republican leadership and the rising “America First” movement, led by Trump.