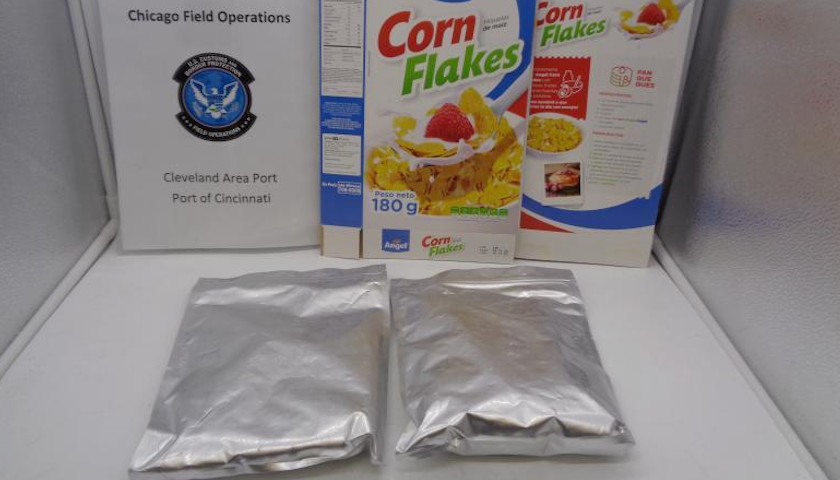 Law enforcement in Cincinnati intercepted a creatively designed ploy to smuggle drugs into the country, according to a U.S. Customs and Border Protection (CBP) press release.

“On February 13, U.S. Customs and Border Protection (CBP) officers in Cincinnati intercepted smuggled narcotics in a shipment of cereal originating from South America,” the release said. “The shipment contained about 44 pounds of cocaine coated corn flakes, which could have a street value of up to $2,822,400.”