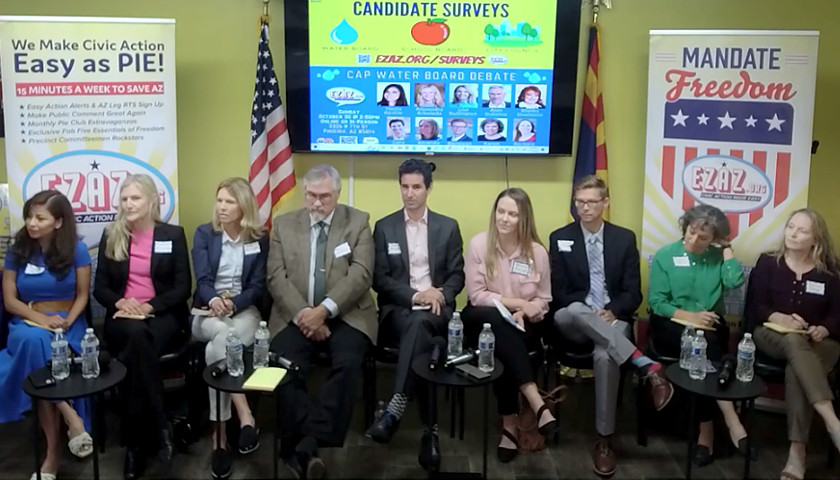 The grassroots group EZAZ held a forum featuring the candidates running for the Central Arizona Water Conservation District (CAWCD) Board of Directors on Sunday. At least one of the candidates, Republican Legislative District Chair Cory Mishkin, said the coming water shortage was manageable, and called out California for causing problems. A couple of the candidates expressed concern that property taxes are being used to subsidize developers and municipalities.

Jeff Caldwell, EZAZ’s secretary and volunteer coordinator, asked each candidate five questions, as well as allowing them to give opening and closing statements. The candidates were not provided the questions in advance.