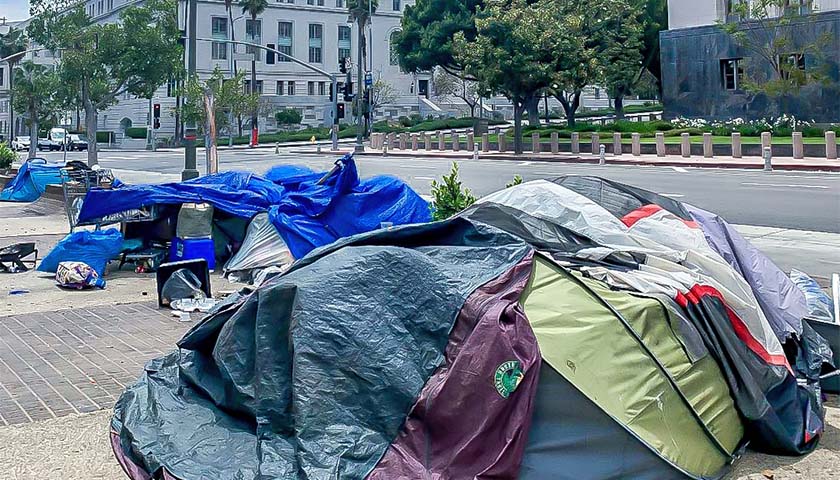 Homeless encampments have begun cropping up near schools throughout the city of Los Angeles, even despite a citywide ban on any such encampments near public areas, as reported by the Epoch Times.

The Los Angeles City Council had previously passed a new resolution, Ordinance 41.18, which was signed into law by Mayor Eric Garcetti (D-Calif.), forbidding any such homeless camps from being set up within 500 feet of “sensitive-use” areas, including schools, daycares, libraries, and parks. The ordinance also banned such camps from forming near freeway overpasses and underpasses, ramps, tunnels, and bridges.

But in order for the ordinance to be enforced, each individual district’s councilmember must introduce a motion to do so, which then must be approved by the council. As such, homeless encampments have begun sprouting up near schools in the Venice Beach neighborhood, which falls under District 11; that district is represented by Councilman Mike Bonin (D-Calif.), who has a history of refusing to enforce anti-homeless measures for other districts, and has not yet introduced any such measures to protect his own district.