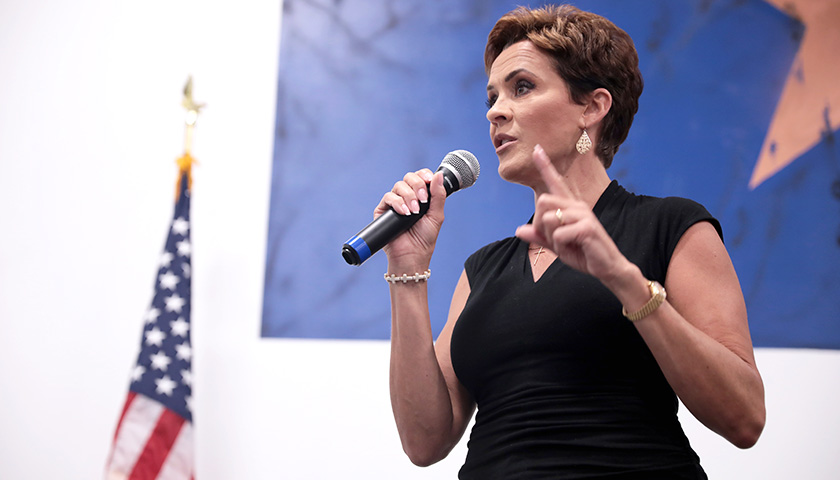 Arizona’s Republican gubernatorial nominee Kari Lake attended the Arizona Gubernatorial Candidates Townhall Monday, where she sat in the audience in an attempt to have a real debate with her Democrat opponent Katie Hobbs; however, the event staff told her she had to exit the room before Hobs could appear, leaving no chance for any live exchange of ideas between the two.

“I’m here for a job interview. We’re asking questions. I’m answering them. We [Hobbs] should be here together so you can compare and decide which person is better suited for this job. And she’s not going to do that. Now she says that for this, it’s really interesting for this general election, but what was her excuse in the Democrat primary when she was facing our first immigrant candidate, Marco López? He sat on stage alone. She refused to debate him,” Lake said during her portion of the event. “Because I have a feeling, had Katie Hobbs showed up and sat on that stage with Marco López, who’s a very smart young man, that she wouldn’t be the nominee.”