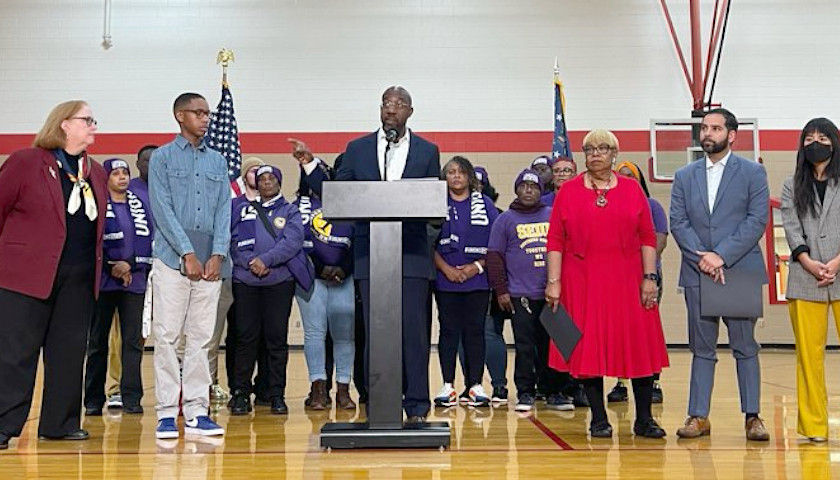 Democratic Sen. Raphael Warnock of Georgia, along with party allies, have sued the state to allow for an extra day of early voting before the U.S. Senate runoff election on Dec. 6.

Warnock, joined by the Democratic Party of Georgia and the Democratic Senatorial Campaign Committee, has filed a complaint for an injunction in the Fulton County Superior Court, seeking to force Georgia to allow early voting on Saturday, Nov. 26. Early voting in the race is scheduled to begin on Monday, Nov. 28 and run until Friday, Nov. 29, the mandatory five days required by state law.