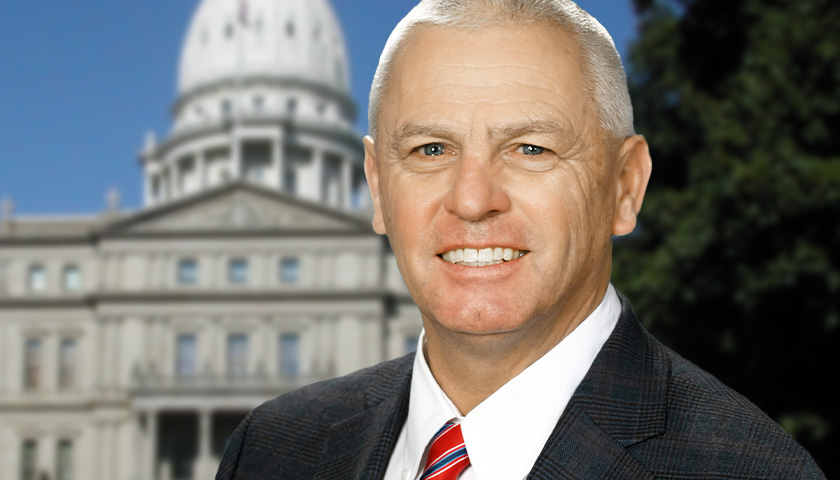 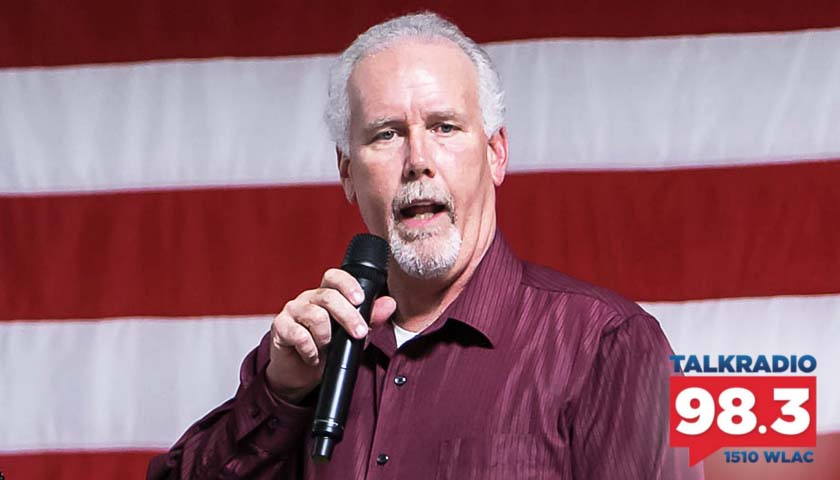 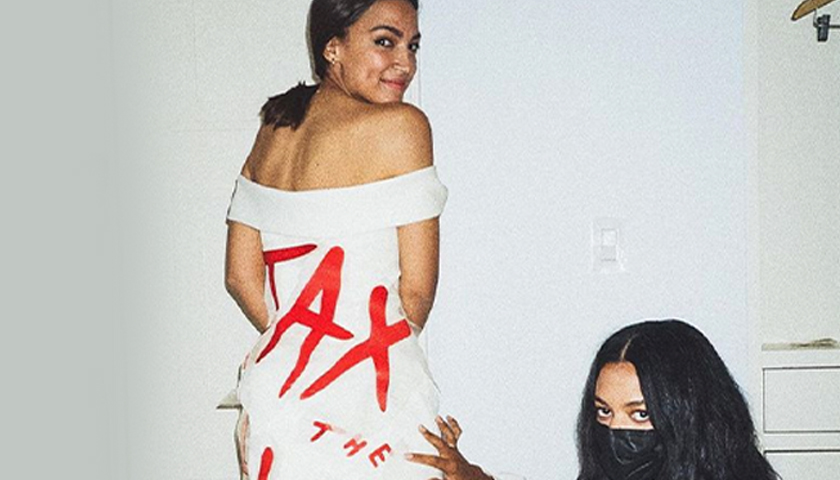 New York Rep. Alexandria Ocasio-Cortez may have violated a myriad of House ethics rules for attending the ritzy Met Gala on Monday evening while wearing a “tax the rich” dress, a conservative watchdog group alleged in a complaint obtained by the Daily Caller News Foundation.

The watchdog group, National Legal and Policy Center, alleged in a complaint filed with the Office of Congressional Ethics on Thursday that Ocasio-Cortez’s acceptance of free tickets to the event, which reportedly run at $35,000 apiece, for both herself and her boyfriend violated House Gift Rules. The group also alleged that Ocasio-Cortez received a prohibited gift from a paid attendee of the Met Gala by sitting at a sponsored table during the event, which are reportedly valued at up to $300,000.

In addition, the watchdog group alleged that Ocasio-Cortez may have accepted prohibited in-kind gifts due to her use of her custom-designed “tax the rich” dress and other services and amenities. 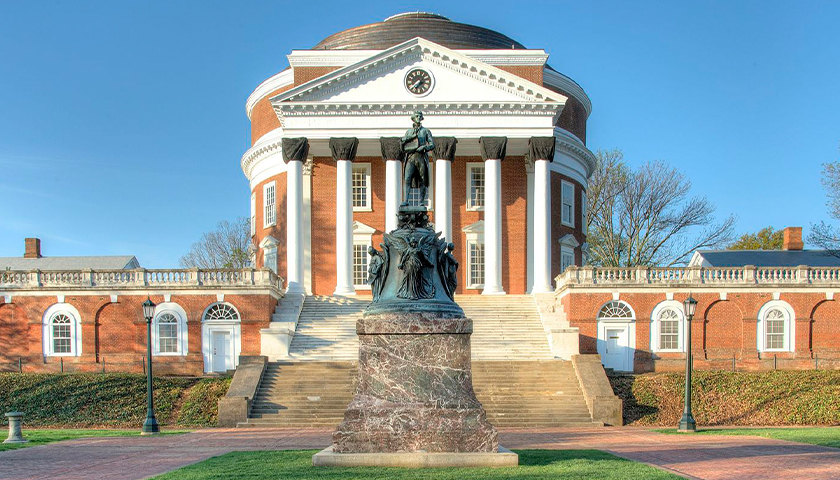 The Republican Party of Virginia is requesting the University of Virginia perform an ethics investigation into the university’s Center for Politics, alleging its director has shown strong partisanship toward Democrats in his taxpayer-funded role.

The Center for Politics was created by Dr. Larry Sabato, a political scientist and analyst, for the purpose of inspiring people to engage with politics and instill the values of freedom, justice, equality, civility and service, according to its website. Sabato is the current director of the center and labels it as nonpartisan.

Rich Anderson, the chairman of the Republican Party of Virginia sent a letter to UVA President James Ryan requesting the university investigate statements by Sabato for potentially violating the university’s Code of Ethics. In the letter, Anderson said certain Tweets show “bitter partisanship,” which “a reasonable taxpaying citizen can readily conclude.” 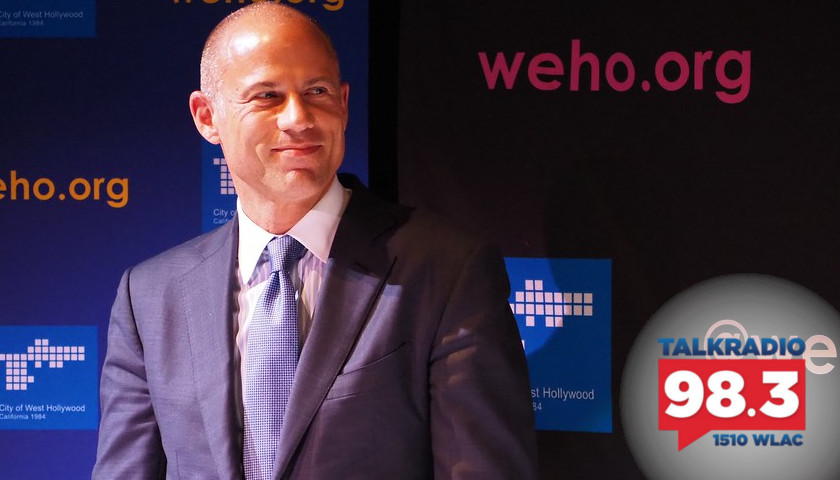 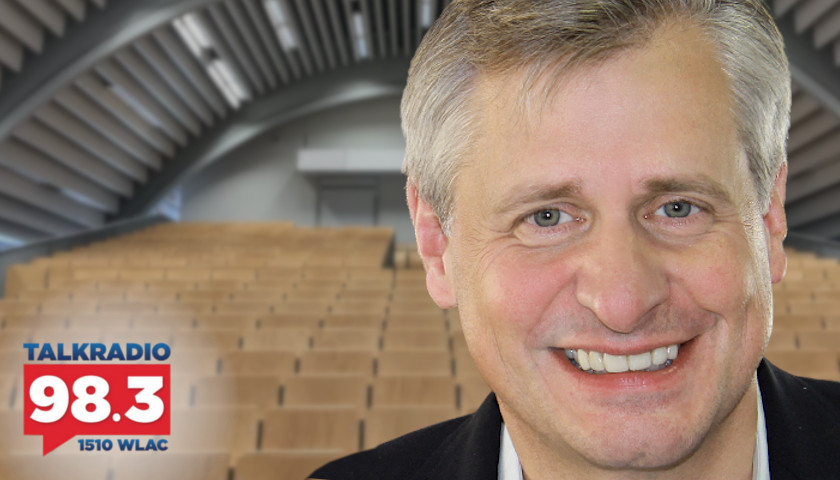 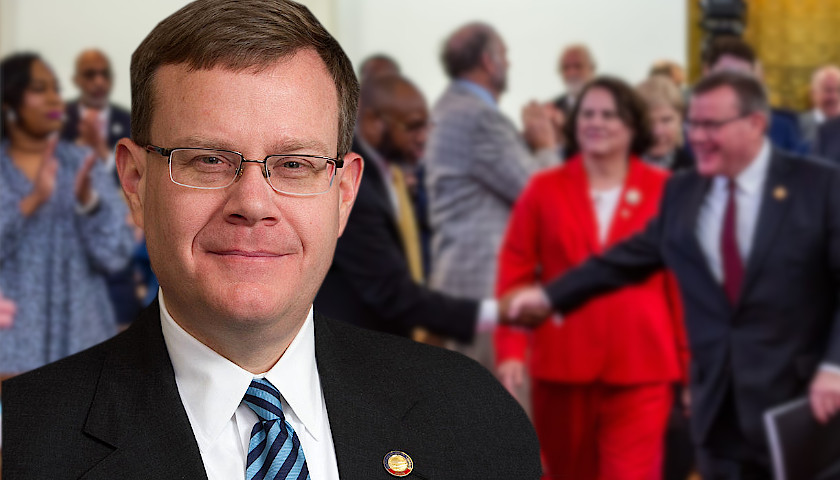 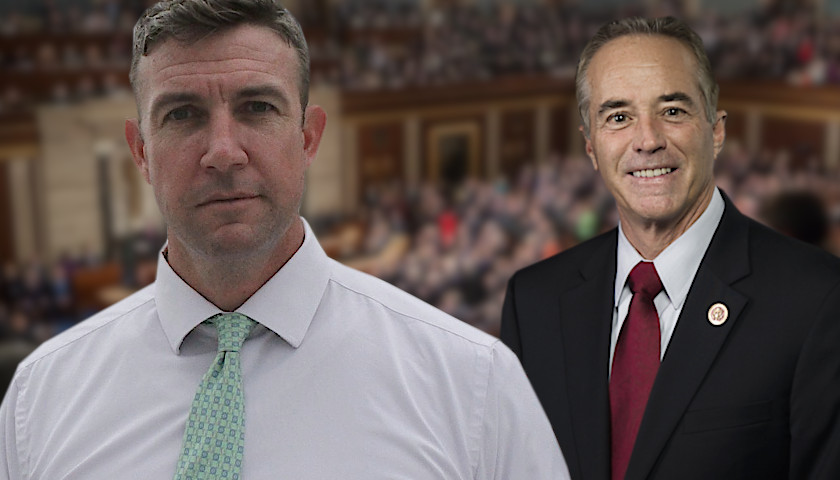 by Evie Fordham   Members of Congress are considered the least honest and ethical of professions including telemarketers and car salespeople, according to a Gallup survey released Thursday. Fifty-eight percent of people said they had low or very low faith in the honesty and ethics of members of Congress, according… 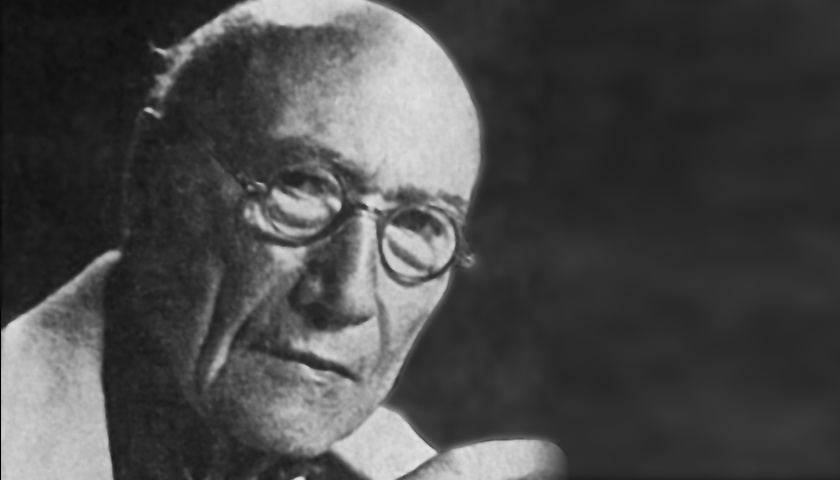 When we fail to elect men and women of character, we get politicians committed to upholding the status quo and their own political preservation. 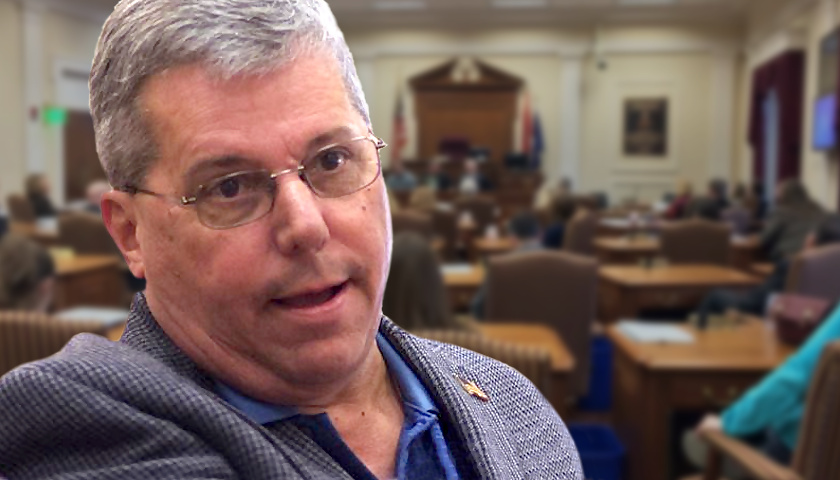 District 12 Metro Councilman Steve Glover plans to introduce legislation next week so that ethics guidelines like those written in Mayor Barry’s Executive Order 005, apply to elected officials: Given this new revelation, I will be introducing legislation next week to make sure that the rules and ethics will apply… 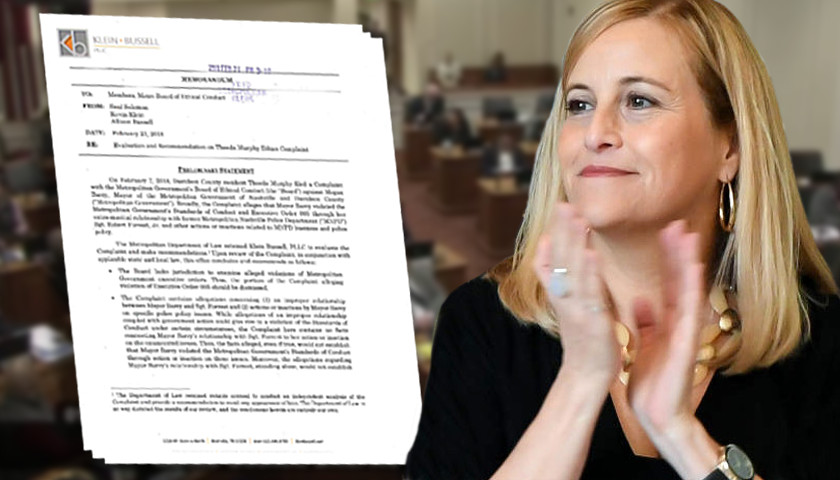 On Wednesday, Klein Bussell, the law firm retained by the Metro Legal Department to evaluate an ethics complaint filed against the Mayor one week after she admitted to her extramarital affair, concluded that the Metro Board of Ethical Conduct, “lacks jurisdiction to examine alleged violations of Metropolitan Government executive orders.”… 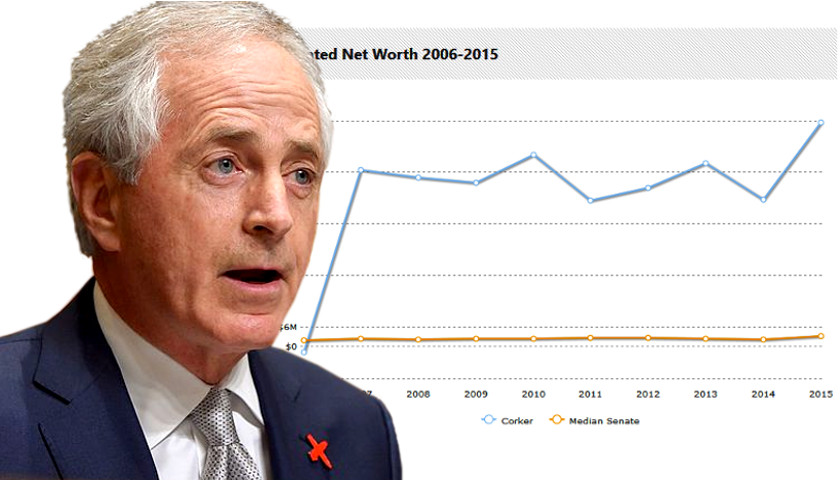 “How do you increase your net worth by 69 million dollars while you’re working full-time as a Senator?” That’s the question Rolling Stone reporter Matt Taibbi asked about Senator Bob Corker (R-TN) on Friday. Neither Taibbi nor Rolling Stone are fans of Corker (or of President Trump, Republicans, or conservatism… 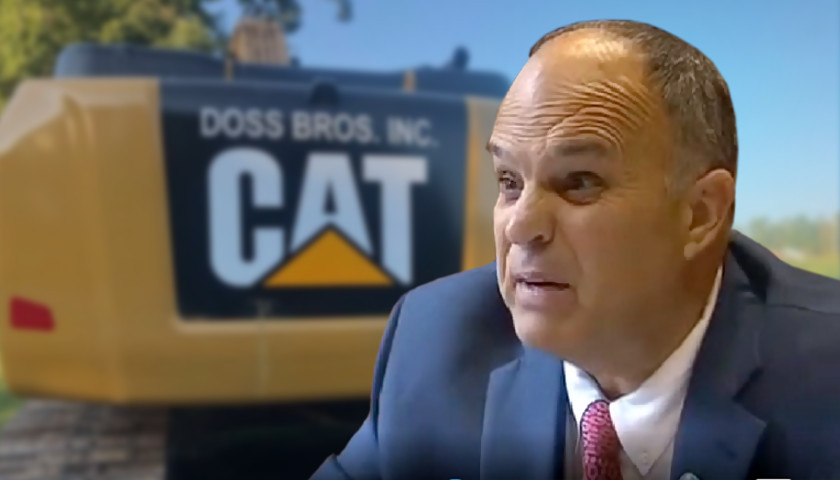 When The Tennessee Star asked State Rep. Barry “Boss” Doss (R-Leoma) why his company’s Doss Brothers, Inc. construction equipment was seen at a $2.2 million road construction project in Ardmore, the chairman of the House Transportation Committee who pushed Gov. Haslam’s gas tax increase through the Tennessee House of Representatives… 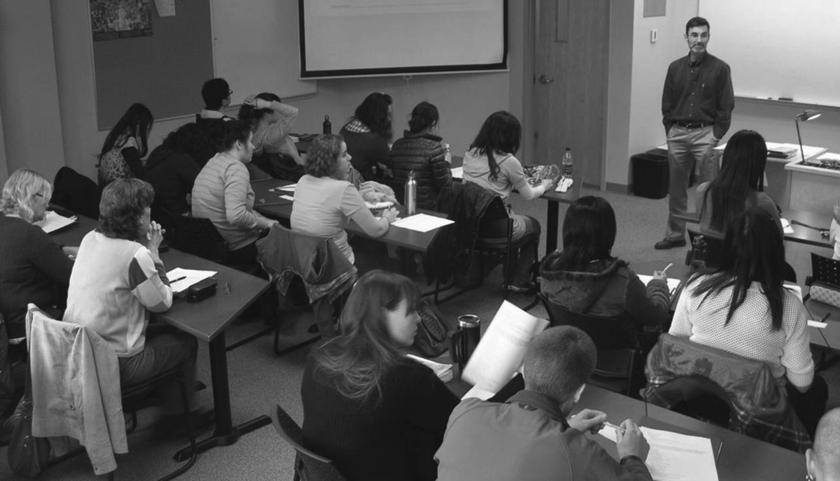 Respecting the authority of teachers is essential to creating an environment conducive to learning, effective instruction in the classroom, and proper administration of our local public schools.