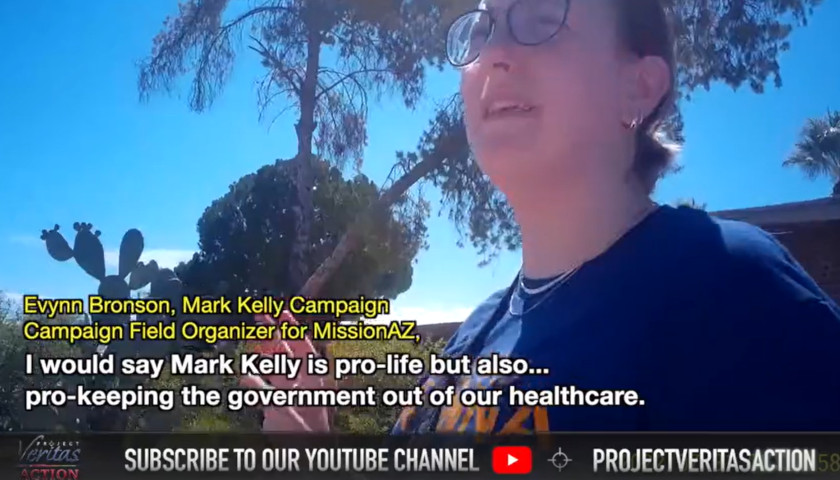 A paid “Mark Kelly for Senate” staff member is heard revealing to an undercover Project Veritas Action (PVA) journalist Kelly’s campaign deception strategy to “play both sides” of the abortion issue by saying “Mark Kelly is pro-life” when, in reality, he is not, in order to win over ‘Independents’ and ‘Moderate Republicans’ in Arizona.

In the video released Tuesday, Evynn Bronson of the Mark Kelly for Senate campaign – a Mission for Arizona field organizer – is recorded explaining to the undercover PVA journalist how to win votes from Independents and “moderate Republicans” for the Democrat senator by deceiving Arizonans on the issue of abortion.