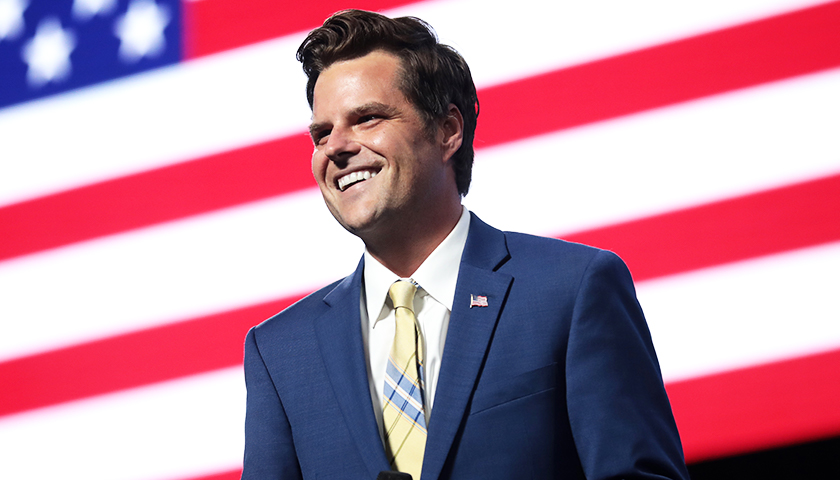 Stephen Alford, a Florida developer and fraud convict, was arrested and charged for attempting to extort $25 million from former Florida Senate President Don Gaetz, father of embattled Congressman Matt Gaetz, according to POLITICO.

After Don Gaetz wore a wire for the FBI, it was found out that Alford would have ensured one of Gaetz’ family members received a presidential pardon, and no one would go to prison. The family member was identified as Don Gaetz’s son, Congressman Matt Gaetz.