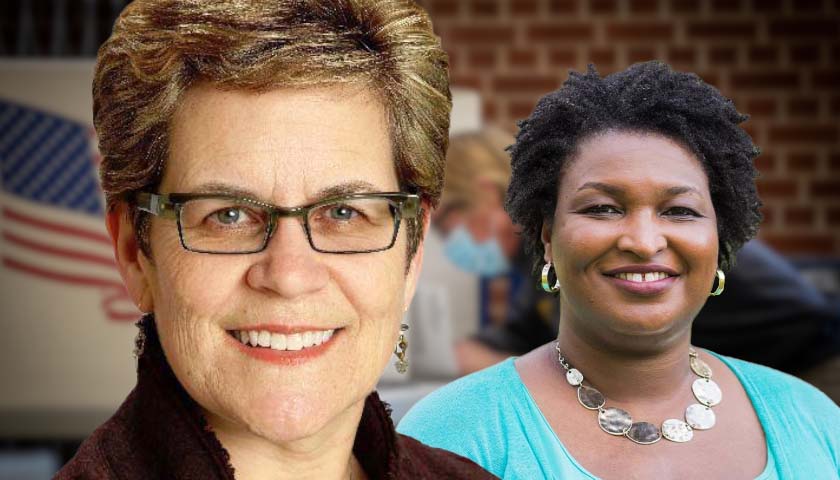 Georgia’s largest county is prepared to name a paid lobbyist for liberal voting law activist Stacey Abrams’ group to be the next chairwoman of its election board, drawing immediate condemnation from the state’s top election official.

Fulton County’s Board of Commissioners confirmed Tuesday it is considering hiring Cathy Woolard, a former Atlanta city council president and mayoral candidate, as the next chair of the county’s election board. A vote is expected as early as Wednesday, according to the commission’s meeting docket.

A Fulton County elections report revealed extensive problems occurred with chain of custody and absentee ballot processing during the general election. The State Election Board contracted Seven Hills Strategies (SHS) to monitor Fulton County from its pre-electoral processes through the recent runoffs. An SHS monitor synthesized 270 hours of observation into a 14-page report, published last month. The monitor was careful to emphasize that they didn’t witness any fraudulent activity such as ballot stuff or double-counting.

In addition to multiple reports of absentee ballots sent to incorrect addresses, the monitor reported that the absentee ballot processing was “extremely sloppy” and rife with chain of custody issues. The monitor cited one example of the headquarter building functioning as both the additional voter verification area and a holding room for ballots between the mail room and another processing room. The monitor stated that it witnessed staff members attempting to move unverified absentee ballots into a stack headed for State Farm Arena to be scanned and counted.