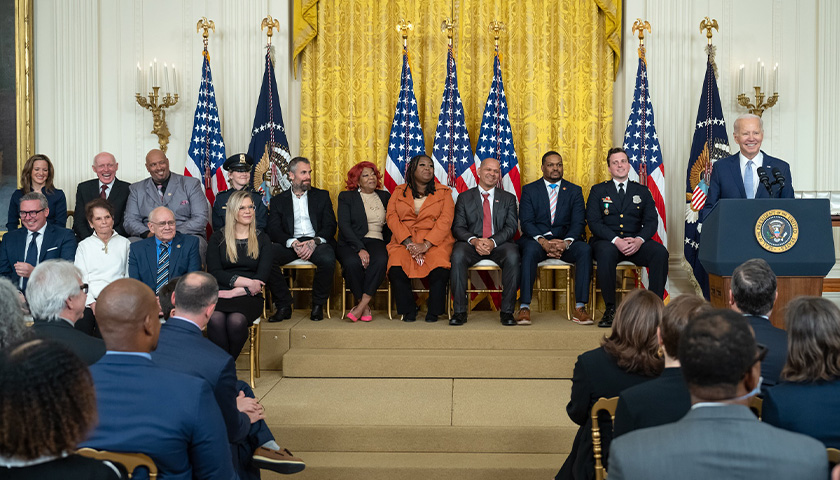 Ruby Freeman, the notorious election worker who was caught on surveillance video engaging in highly suspicious activity during the 2020 election in Atlanta, Georgia, was awarded the Presidential Citizens Medal at the White House on Friday.

During a White House ceremony recognizing the 2nd anniversary of the January 6 riot, Biden honored Freeman, her supervisor daughter Shaye Moss, and ten other individuals.

The White House portrayed Freeman as voting rights heroine who had suffered cruel right-wing harassment in the aftermath of the election.