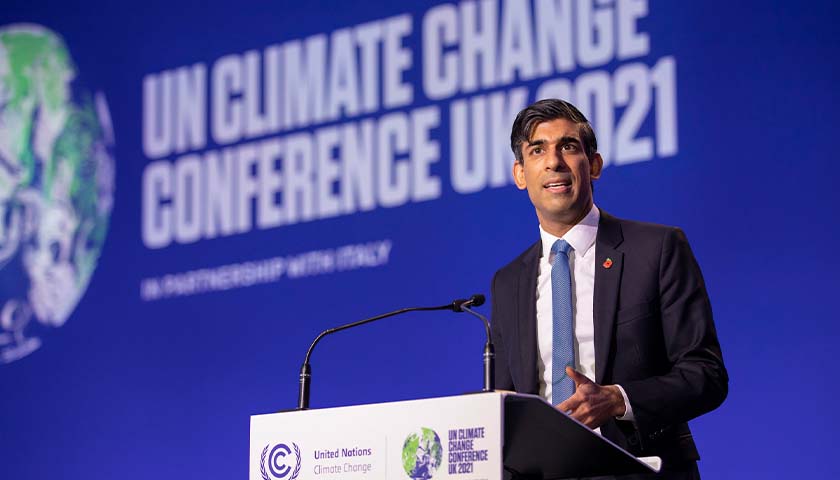 So far, the big message from the Glasgow climate conference is the role of finance in decarbonizing the global economy. It’s a dangerous development. In his speech to the twenty-sixth Conference of the Parties (COP26) last week, Britain’s Chancellor of the Exchequer, Rishi Sunak, pledged action to “rewire the entire financial system for Net Zero.” Finance has taken center stage in large part because of inadequate government policies. According to the United Nations Environment Programme, around two-thirds of global emissions are linked to private household activity. Reducing them requires major changes in people’s lifestyles, UNEP says.

Rather than imposing carbon taxes that really hurt – the Intergovernmental Panel on Climate Change estimates a minimum of $135 a ton, rising up to $14,300 a ton in order to hit net zero in 2050 – governments prefer to outsource the heavy lifting to the world of finance in the hope that it will provide a pain-free path to the net zero goal. Up until now, central banks and financial regulators – particularly the Fed and the SEC in the U.S. – have been maintaining the pretence that their involvement in climate policy is motivated by concern about climate financial risk. As I show in my new report for the RealClearFoundation, “Climate-Risk Disclosure: A Flimsy Pretext for a Green Power Grab,” climate financial risk is a smoke screen for a green power grab. Now, Sunak has done the world a favor and exposed it for what it is.