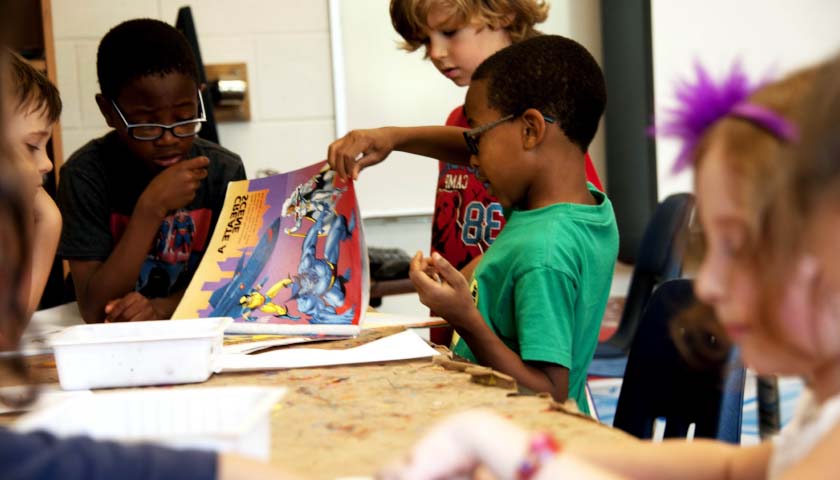 When students are armed with a world class education, they can break down barriers and achieve their deepest dreams. However, in America today, big government and big unions are preventing students from receiving a quality education by forcing American kids to attend the school closest to them, even when it is totally failing. There is no school competition for kids who can’t afford to opt-out of the shoddy school they are forced to attend. This policy and practice especially impacts poor and minority children. But in our home state of California, we’ve had enough of failing government monopolies. We are launching a ballot initiative that will deliver educational freedom to every child in the state, regardless of where they live or how much income their parents earn.

We have all seen government schools that transition from safe havens for learning and hope into depressing institutions that fall short of educating tomorrow’s leaders. Parents are mad, taxpayers are frustrated, and our teachers are not supported by their union bosses. Nowhere is that reality truer than in states where big unions—like the California Teachers Association—control political decision makers with massive campaign war chests seized from their members’ obligatory dues. That’s why Fix California has launched a project to put a ballot initiative in front of voters in 2022—to emancipate students from the government monopoly on education.

Currently, in California, residents are taxed exorbitantly at every turn, with the ruling party’s promise that those dollars will ostensibly be spent on improving the state. That’s a lie on many fronts, but it’s especially untrue in education where failing government schools continue to be rewarded by more tax dollars and virtually no accountability. Tax dollars are siphoned off in the form of required union dues and are funneled straight into the coffers of corrupt unions financing campaigns of politicians who ensure the gravy train keeps flowing. It is a crooked cycle that has destroyed government education across the country.