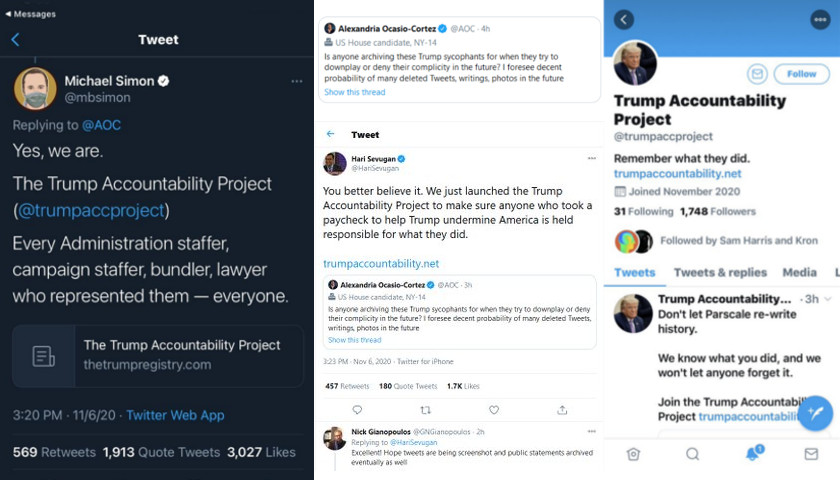 If you thought that the Democrats and their Far Left allies might put you out of work through their job-destroying policies – they will. But they also have a plan to in effect cut out the middleman and go straight after the livelihoods of Trump supporters.

On Friday afternoon, Socialist Rep. Alexandria Ocasio-Cortez wrote on Twitter: “Is anyone archiving these Trump sycophants for when they try to downplay or deny their complicity in the future? I foresee decent probability of many deleted Tweets, writings, photos in the future.”