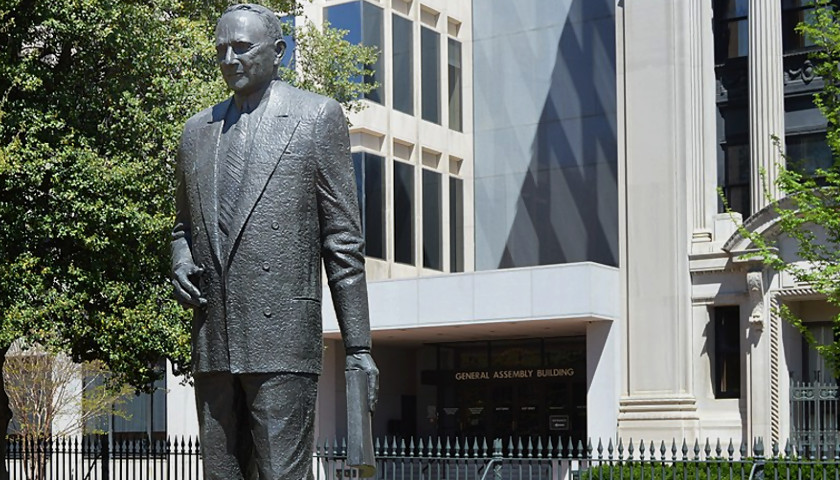 The statue of former Governor and U.S. Senator Harry Byrd, Sr., was removed from Virginia’s Capitol Square on Wednesday. Byrd was a renowned Democratic politician who helped stimulate economic growth and a better road network. But he’s more well-known for orchestrating efforts to fight integrating Virginia’s schools despite the U.S. Supreme Court’s Brown v. Board of Education decision.

Former Democratic Governor and U.S. Senator Harry Byrd, Sr., is finally leaving Virginia’s Capitol Square. On Friday, Governor Ralph Northam signed Delegate Jay Jones’ (D-Norfolk) HB 2208, which directs the Department of General Services to place the statue in storage until the General Assembly decides what to do with it. Byrd is known for his decades of political power, which he used to boost Virginia economically, build roads, and fight desegregating schools. 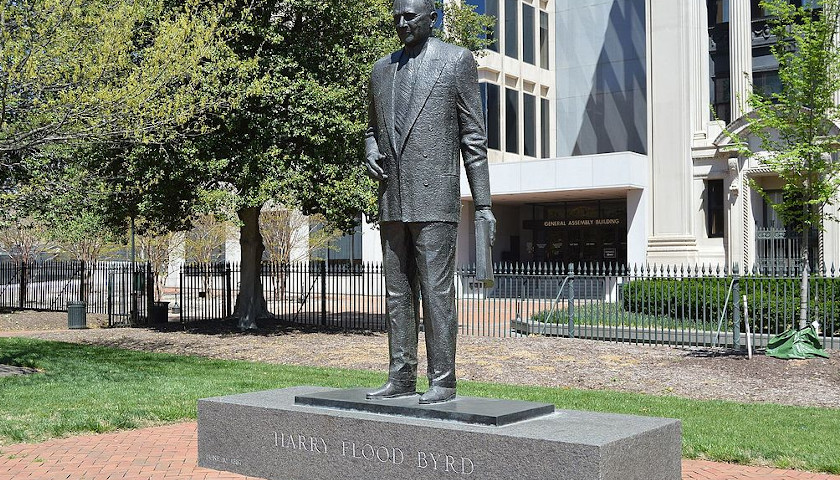 The Virginia House of Delegates voted 63 to 34 on Wednesday to remove to storage the statue of former Democratic Governor Harry Byrd Sr. from Capitol Square. Byrd served as governor for four years from 1926-1930, and as Senator from 1933 until 1965. He wielded extensive political power which he used to oppose the New Deal and civil rights legislation. His legacy has come under fire in part because he advocated “Massive Resistance,” an effort to block school desegregation mandated by the U.S. Supreme Court in its 1954 Brown v. Board of Education decision.