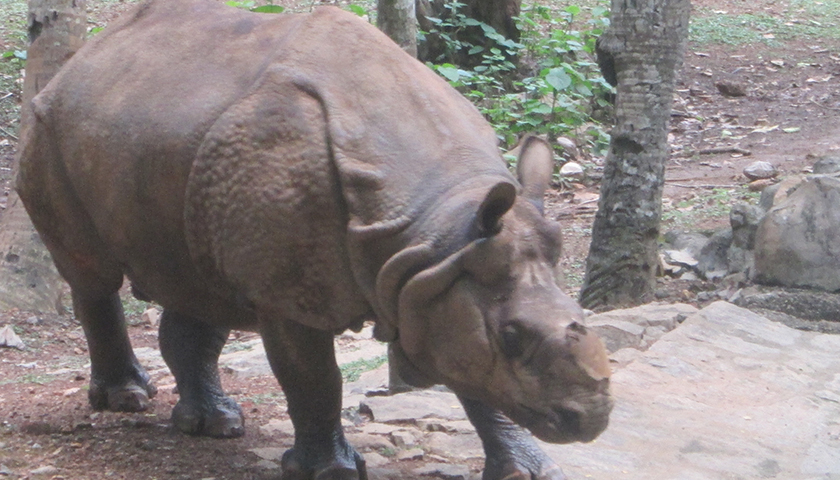 The remains of a 26.5-million-year-old giant, hornless rhino — one of the largest mammals ever to walk Earth — have been discovered in northwestern China, a new study finds.

The newly identified species, Paraceratherium linxiaense — named after its discovery spot in the Linxia Basin in Gansu province — towered over other animals during its lifetime. The 26-foot-long (8 meters) beast had a shoulder height of 16.4 feet (5 m), and it weighed as much as 24 tons (21.7 metric tons), the same as four African elephants, the researchers said.

The new species is larger than other giant rhinos in the extinct genus Paraceratherium, said study lead researcher Deng Tao, director and professor at the Institute of Vertebrate Paleontology and Paleoanthropology at the Chinese Academy of Sciences in Beijing. A new family tree analysis of Paraceratherium species, including P. linxiaense, reveals how these ancient beasts evolved as they migrated across Central and South Asia at a time when the Tibetan Plateau was lower than it is today, Tao told Live Science in an email.