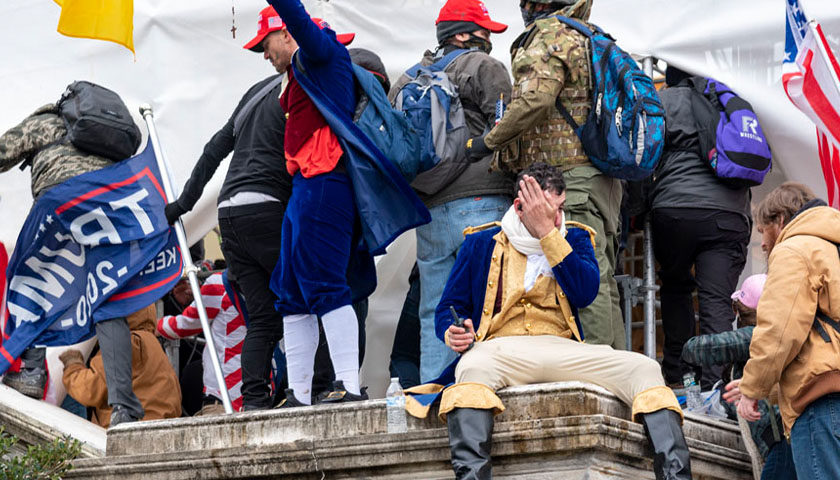 “Those that damaged property and assaulted police officers on January 6th should rightfully face justice,” the pair wrote in a letter sent May 14. “However, the public outcry and hyper-politicization of the events on January 6th may incentivize prosecutors to use overly aggressive tactics, overcharge, and abuse the power of the federal government in order to satisfy favored political groups.”

Roy and Massie asked Garland to schedule a briefing with Congress before the end of the month to address several concerns, including how plea deals are arranged, the FBI’s use of force in raiding the homes of nonviolent protesteors, and the Justice Department’s request to hold defendants behind bars pending trial. “[C]ongressional oversight of these prosecutions is essential as a check and balance on that power.”