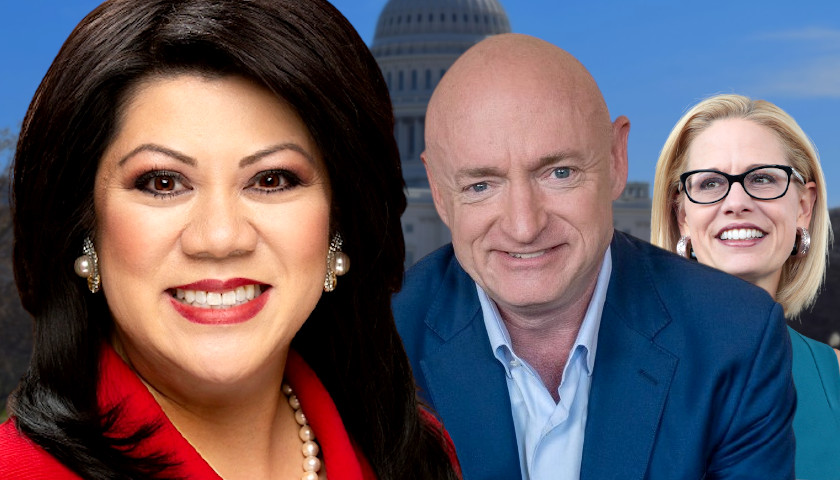 Arizona State Treasurer Kimberly Yee sent a letter to Arizona’s Democratic Sens. Kyrsten Sinema and Mark Kelly urging them not to vote for legislation that would allow the IRS to monitor Americans’ bank accounts for transactions of $600 or more in withdrawals and deposits. The proposal is part of the Biden administration’s $3.5 trillion American Families Plan, the so-called “human infrastructure” bill. Scott Earl, the CEO & President of Mountain West Credit Union Association, also signed the letter, representing multiple credit unions.

Yee, who is running for governor of Arizona, said, “As it stands now, this proposal would threaten the financial security of more than 100 million Americans from all demographics. If it passes, the government will conduct one of the largest data mining exercises in American history, risking the security of the banking system.”