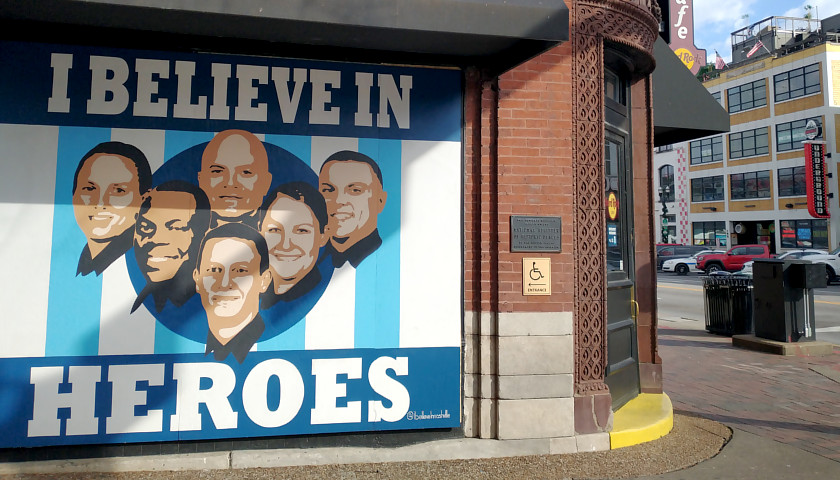 Downtown Nashville now features a mural honoring the six police officers who evacuated residents ahead of the Christmas Day bombing. Sergeant Timothy Miller and officers Brenna Hosey, Amanda Topping, Tyler Luellen, Michael Sipos, James Wells are depicted on a rendition of the famed “I Believe in Nashville” mural series. Their version of the mural reads, “I Believe in Heroes.”

The mural is located at the corner of 2nd Avenue and Broadway, just ahead of the site of the bombing. The street is still blocked off due to the wreckage being cleared away. The groups behind the popular Instagram pages dedicated to the Nashville community and the “I Believe in Nashville” mural series painted the mural with the permission of the building owner, Hard Rock Cafe Nashville. The mural is expected to remain until the window underneath is replaced. After that, it will be framed and hung inside the building.