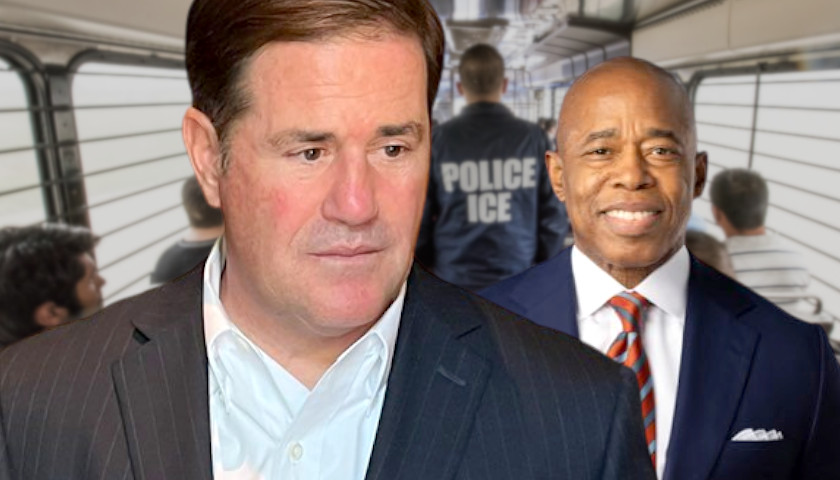 Arizona Governor Doug Ducey (R) recently responded to statements made by mayors from Eastern America, including New York City’s (NYC) Mayor Eric Adams (D), who have requested help after an influx of immigrants from the Southern border.

“President Biden created the crisis at the border — he’s failed to respond to calls for action and refuses to even visit the border, so we’re bringing the issue a little closer to home for him,” Ducey tweeted.