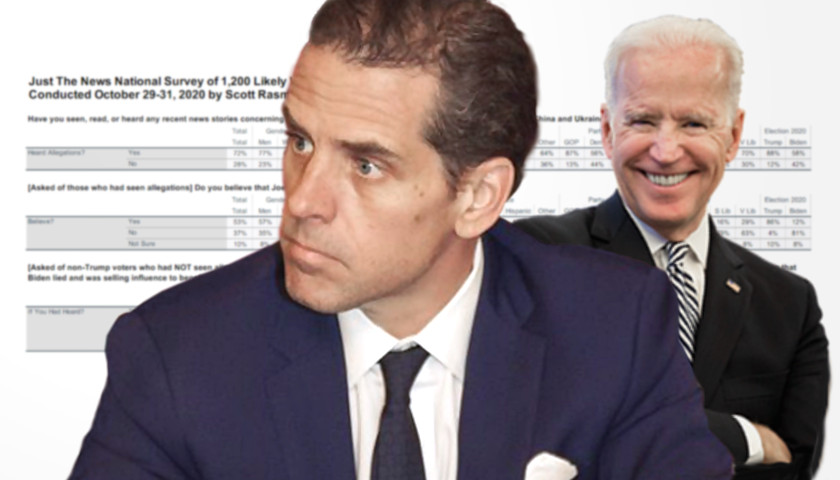 Nearly three quarters of Americans are aware of the controversy surrounding Joe Biden and his family’s overseas business deals, and a majority of those who know about the allegations believe them to be true, according to a Just the News-Scott Rasmussen poll taken on the final week of the election.

A total of 72% of the 1,200 likely voters surveyed between Oct. 29 and Oct. 31 said they had “seen, read, or heard” news stories “concerning allegations that Joe Biden had lied and was selling influence to China and Ukraine for the benefit of his family?”