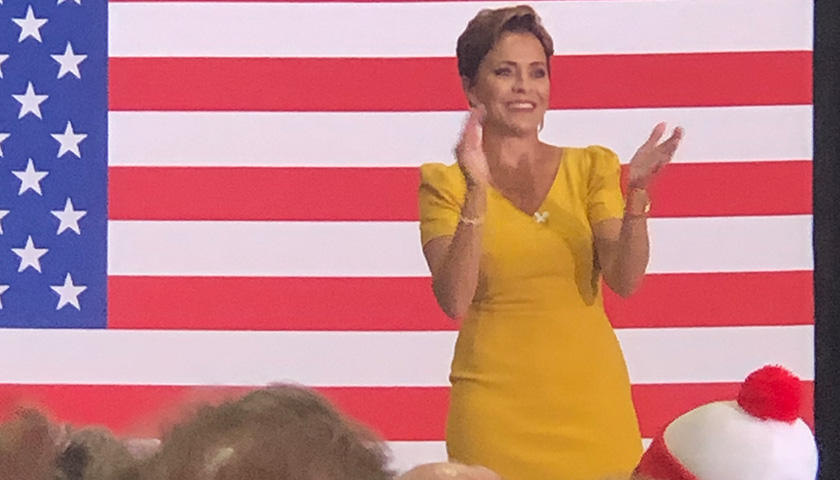 The Kari Lake campaign for governor continues its high-paced momentum, with Virginia Gov. Glenn Youngkin joining her for a rally in Scottsdale just a day after newly independent Tulsi Gabbard showed up for Lake in Chandler. During his speech, Youngkin compared the transformation of his state switching to Republican control to Lake defeating her Democratic opponent Katie Hobbs.

Speaking to the crowd of several hundred at headquarters of the ammunition company Dillon Precision, Lake received loud cheering when she declared, “I will declare an invasion on the border on day one when I get into office.” She went on, “I want us to be known as the Grand Canyon state, not the fentanyl cartel state.”