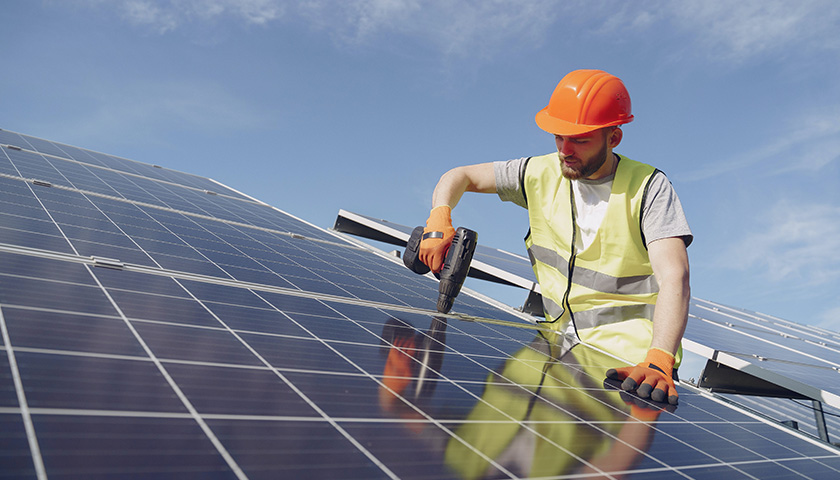 JA Solar, a Chinese green energy giant whose chairman is tied to the Chinese Communist Party (CCP), has leased a plot of land in Phoenix, Arizona, to construct a $60 million solar panel factory that is poised to benefit from huge green energy tax incentives included in the Inflation Reduction Act (IRA).

Jin Baofang, chairman and CEO of the Bejing-based company, said that he had been a CCP member for 40 years during a 2020 interview with the Chinese state-run newspaper “The Paper.” The JA Solar factory, which could take advantage of the green energy tax credits included in the Inflation Reduction Act (IRA), will create 600 jobs and use automated assembly lines to manufacture 2 gigawatts’ worth of solar panels annually once it becomes fully operational, according to a Tuesday Arizona Commerce Authority press release.